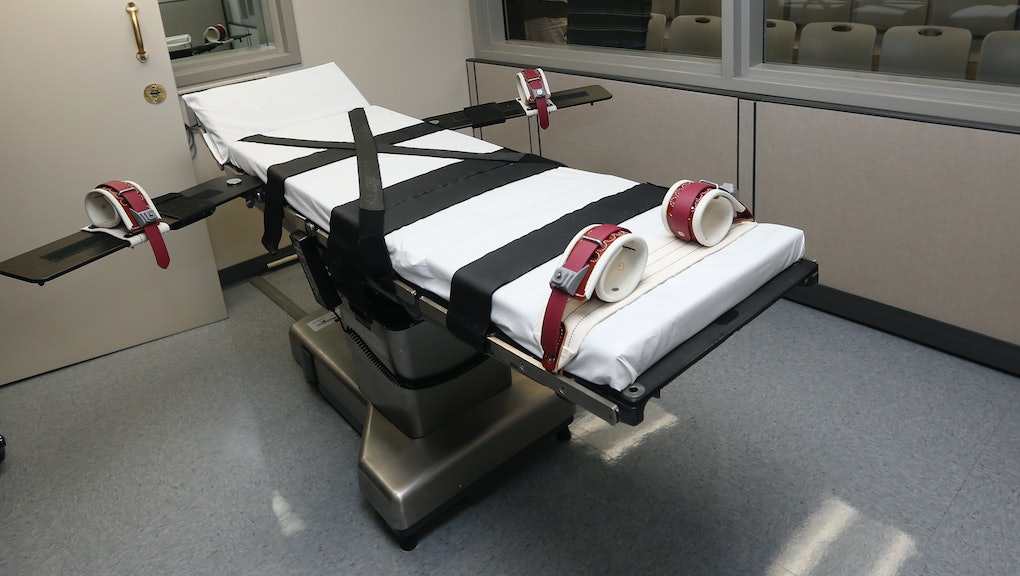 Both major-party presidential nominees, Hillary Clinton and Donald Trump, support capital punishment, but a new Pew Research Center survey found that among Americans themselves, support is at a more-than-40-year low.

"Only about half of Americans (49%) now favor the death penalty for people convicted of murder, while 42% oppose it," Pew reported Thursday.

Republicans are substantially more likely to approve of capital punishment than Democrats or independents.

While support has fallen among registrants of both major parties, Pew found, "by more than two-to-one, more Republicans (72%) than Democrats (34%) currently favor the death penalty."

The survey, conducted Aug. 23 to Sept. 2, also showed that "for the first time in decades, independents are as likely to oppose the use of the death penalty (45%) as they are to favor it (44%)."

Pew also noted there are persistent gaps across race and gender lines on the topic:

Even as support for the death penalty has declined across nearly all groups, demographic differences remain: Men are more likely to back the use of the death penalty than women, white Americans are more supportive than blacks and Hispanics, and attitudes on the issue also differ by age, education and along religious lines.

Pew said respondents without college degrees were more inclined to back capital punishment for murder than were college graduates, 51% to 43%.

A 2015 Pew examination of the topic actually found 63% believed the death penalty was morally justified, but 71% of respondents said there was "some risk that an innocent person will be put to death" and 61% said capital punishment isn't a deterrent.