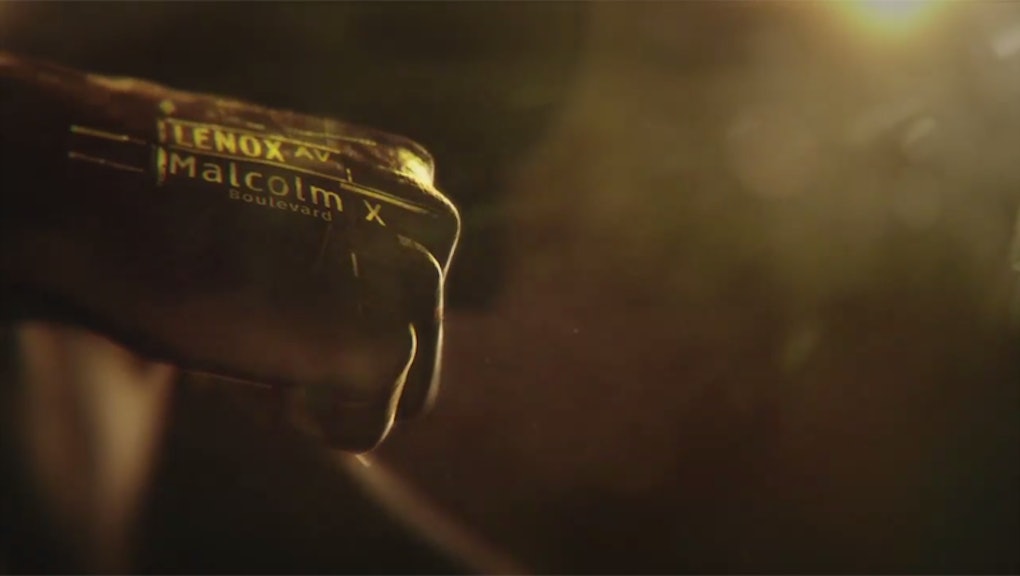 Just as Jessica Jones' title sequence embodied the show's crime-noir aesthetic, and Daredevil's bloody interpretation of Hell's Kitchen, Luke Cage's focuses on the heart of the storyline: Harlem and the show's celebration of black culture. This is particularly resonant, given Cage is Marvel's first series with a black superhero lead.

With the titular Cage's body as the backdrop, the credits parse through iconic areas of Harlem: The Apollo Theater, Malcolm X Boulevard and a handful of MTA lines in the borough, coupled with a funky score.

Finally, Cage literally punches through the credits to reveal the striking, yellow logo. We dig it.

You can check out the opening credits for Luke Cage — which will be available in its entirety on Netflix Friday — per the show's Twitter account below.