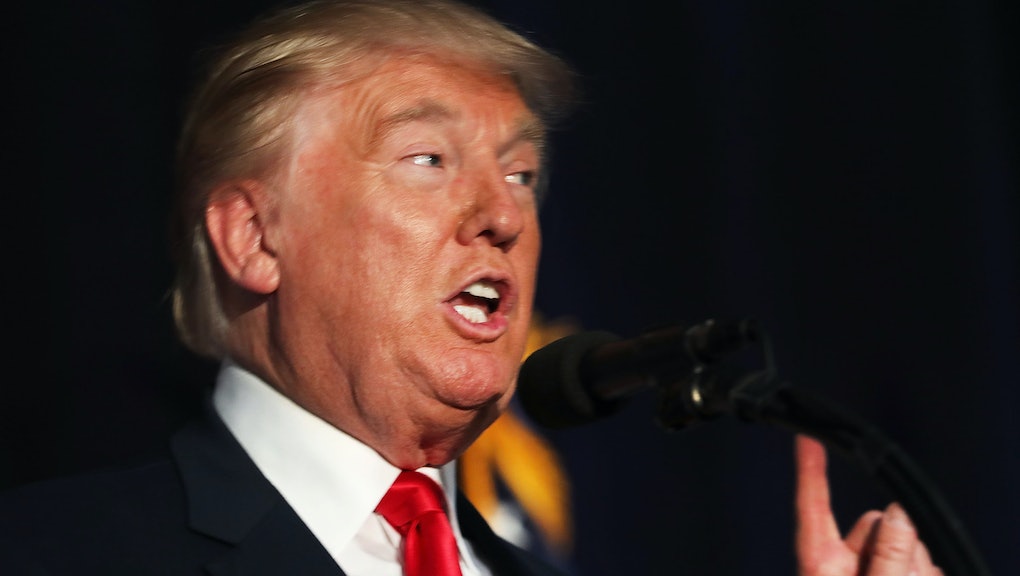 Donald Trump's war on Alicia Machado fits a long pattern. So why does it feel so extreme?

Love him or hate him, Donald Trump is who he is — and who he is would be the sort of presidential candidate who'd go on a pre-dawn tear about a former Miss Universe contestant.

Clinton stirred up a tweetstorm of her own in defending Machado, who's now actively campaigning for the Democratic nominee.

The focus on visceral personal attacks of this nature is unprecedented in modern presidential politics — until Trump.

His willingness to go there has even some of his more prominent supporters, including Republican strategist Ed Rollins, wringing their hands at his seeming inability to squelch his impulses.

Walter Shapiro, a Roll Call columnist, author and lecturer on politics at Yale University who's covering his tenth presidential election, says Trump's outlandish behavior will be hard if not impossible for any future candidate to top.

"Other than perhaps mooning the audience during a presidential debate, there is no norm of running for president that Donald Trump hasn't violated," Shapiro said, noting Trump has done everything from discussing "his private parts in a debate" to having suggested "American troops [commit] war crimes."

The critiques of Trump's seeming inability to focus on big-picture policy issues rather than Twitter brawls comes from both sides of the aisle.

"Losing a presidential campaign is hard enough for people who are mentally and emotionally strong. Trump seems on the precipice of a psychotic break," said Tim Miller, a former adviser to Republican Jeb Bush's presidential primary campaign and a leading anti-Trump GOPer.

"His own insecurities, his fear of rejection, are going to envelop him. God forbid someone this emotionally fragile ever become President."

"I'd hope that 40 days before possibly being elected president, a person would be kept up at night thinking how they will address the humanitarian crisis in Syria, a terrorist attack, our $20 trillion debt — not how he can win a feud with a Miss Universe model he called fat. How pathetic of a man do you have to be that this petty feud is what consumes you?"

Similarly, Eric Fehrnstrom, a strategist and columnist who worked with former GOP presidential nominee Mitt Romney, said "discipline when it comes to message" is critical for candidates.

"You should only choose the ones that you know to be important to the American people and which communicate something about how you will govern," Fehrnstrom said. "What you should not do is chase every tennis ball your opponent throws into the street."

And former Clinton campaign aide Tracy Sefl also said the Trump Train seemed to be going off the rails.

"'Temperament' is such a genteel way to characterize this increasingly unhinged presidential nominee," she said. "He's the sole proprietor of his operation, and I almost — almost — pity those trying to steer him any other way."

A Trump spokeswoman did not immediately respond to Mic's request for comment.

Trump's latest Twitter rants are aimed not only at Machado and Clinton, but also at the media itself — a favorite theme of his.

But Trump is a regular trafficker in unattributed information, which would tend to weaken his argument there.

Much has been made of Trump's revolving-door policy when it comes to the leadership of a campaign initially built on his personal celebrity and brash, inflammatory statements about immigrants, America's place in world affairs and his own business acumen.

In every iteration of the team, there's been a debate over whether to try to steer the predictably unpredictable candidate into toning it down or just "let Trump be Trump."

If Friday's latest screeds are any indication, Team Trump might want to save the rental fees on those teleprompters. Why waste the money when he refuses to stay on script?