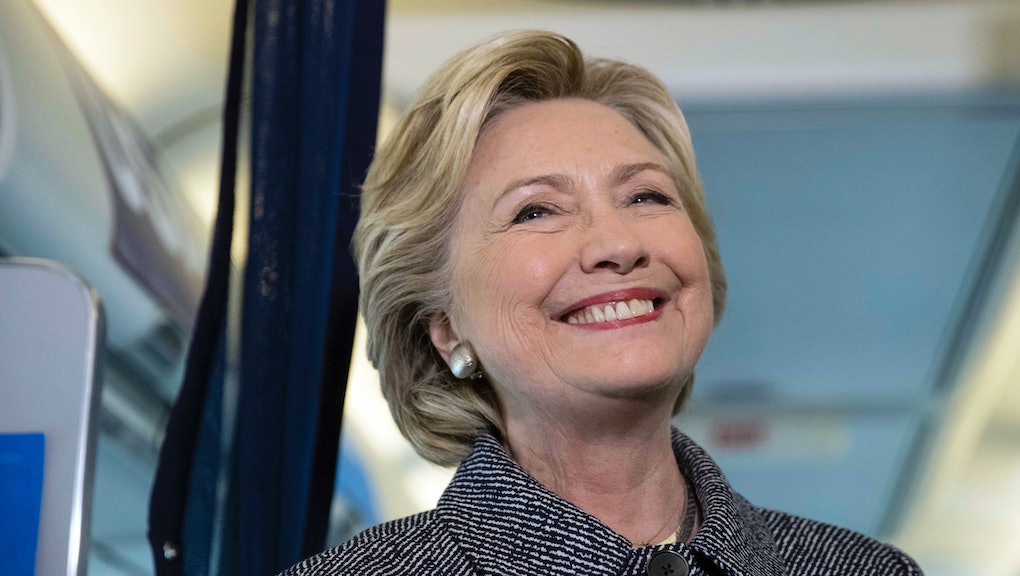 This is your one-stop shop for all election updates related to Hillary Clinton. There are numerous polls and projections that help indicate whether the Democratic presidential nominee will capture the White House in November.

Here is the state of the race for Hillary Clinton on Friday, Sept. 30. Mic will update this post if there are any major swings in the presidential election.

Polls have shown the presidential race tightening in recent weeks. But as Donald Trump's poll numbers have risen, so has Clinton's support. She now holds a roughly three-point lead in the RealClearPolitics poll tracker with about the highest level of support — 43.9% — she has seen in polling since mid-August.

Post-debate national polls have yet to be released.

Projections. Clinton's chances remain strong. FiveThirtyEight and the New York Time's the Upshot continue to project a high chance the Democrat will win the election.

Today's graphic. Clinton's favorability rating remains low, but it has improved since the primaries. However, a majority of Americans have not viewed Clinton favorably since mid-2015.