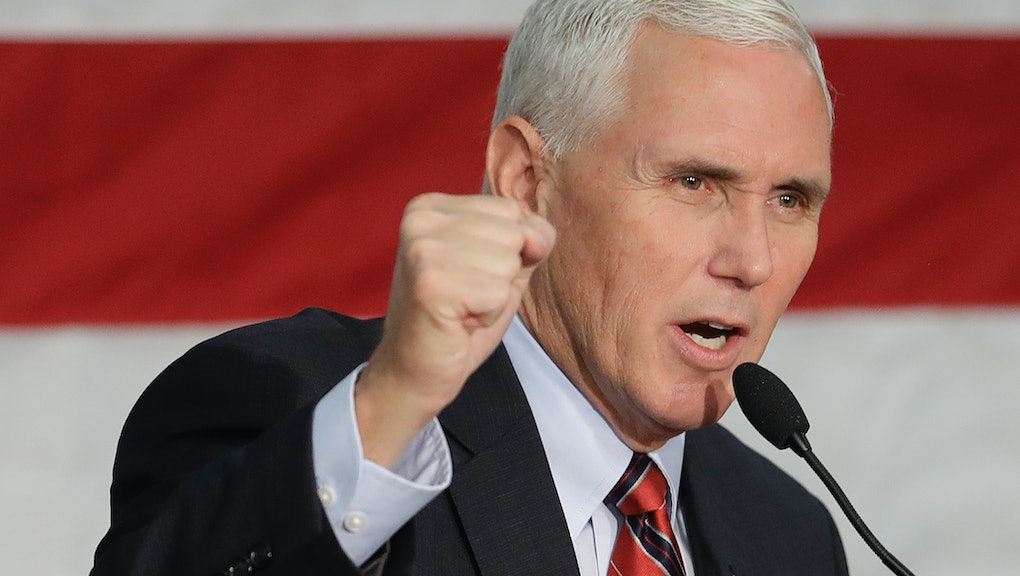 Vice presidential debate 2016: What to expect from Mike Pence and Tim Kaine

Both men are far less well known than their presidential running mates.

So for many Americans, the Tuesday night match-up between Kaine and Pence will be an introduction to the two men and how they think.

Here's what to expect from the match-up.

The role of the vice president and how deeply they are involved in day-to-day business in the White House is largely up to the president they serve.

But what's certain is whomever is elected VP would have to take over if the president becomes unable to serve.

And this year, because of the age of both presidential nominees — Donald Trump will be 70 on inauguration day, while Hillary Clinton will be 69 — making sure both Kaine and Pence would be up to the task is more important than ever before.

Expect the moderator to pepper the candidates with questions about their fitness to step in as commander-in-chief, should the need arise.

Answering for Trump and Clinton's flaws

Both Kaine and Pence agreed to be on their party's ticket, despite the flaws of both candidates.

So both will likely be asked about what it means about their own judgement that they chose to run alongside both candidates.

Expect Kaine to be asked about Clinton's email server and family foundation.

And Pence will likely have to answer a string of questions about Trump's temperament, withholding of tax returns and qualification to serve as commander-in-chief having no government experience.

Tackling their own shortcomings

Both Kaine and Pence have a long career in elected office: Pence currently serves as the governor of Indiana, and Kaine has served as a mayor, governor of Virginia and now a senator from the same state.

So both will be asked about their own track records in office.

Pence was involved in a controversy in his own state over the so called Religious Freedom Restoration Act, which was widely panned as a veiled attempt to allow businesses to discriminate against LGBTQ people in the state.

Kaine, on the other hand, has a differing opinion on abortion than Clinton. He is pro-choice, but wants to keep the Hyde Amendment, which bans federal funding for abortions.

Clinton, on the other hand, wants to repeal the amendment. Their difference of opinion could come up at the debate.