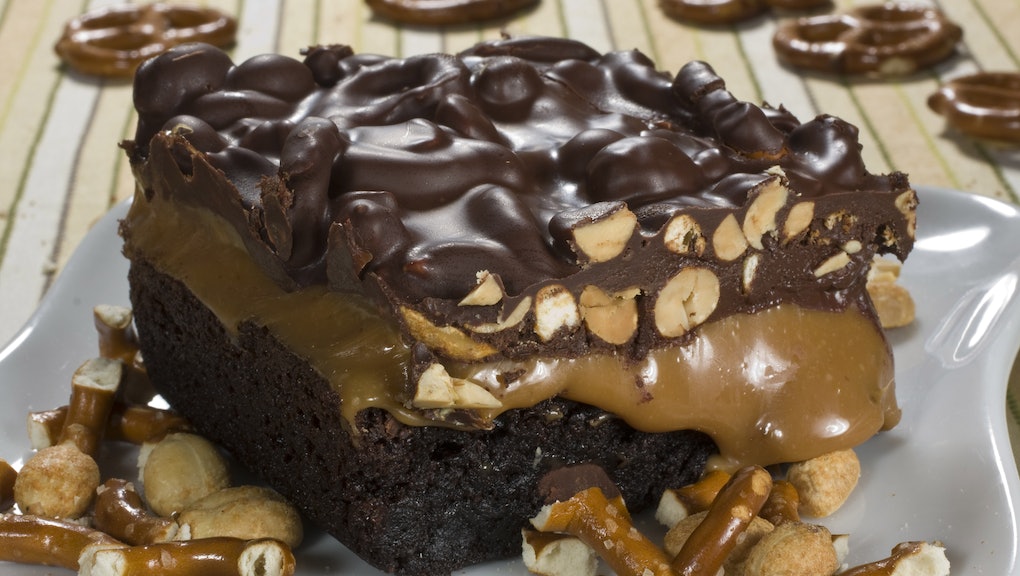 How can you tell if your brownie has weed? Colorado’s new edibles law could help

Edibles enthusiasts in Colorado, your THC treats are getting a makeover.

Starting October 1, a new Colorado law will require all THC-infused chocolates and candies to have a special symbol denoting the product contains marijuana, the Associated Press reported. Both the candy itself and the product label will need to be branded with the new symbol, so a weed chocolate bar without a wrapper won't be confused with a Hershey's.

Colorado's edible market increased by 57% from 2014 to 2015, according to a report from the Colorado Marijuana Enforcement Division.

Look for this: The symbol is a diamond-shaped stamp with an exclamation point and the letters T-H-C. If the symbol has an "M" below the THC, the product contains medical marijuana and may have a higher dose, Good to Know Colorado stated. Roughly 7.7 million units of edibles were sold in 2015. In other words, a whole lot of manufacturers will need to update their edibles and their packaging to comply with the new law.

Currently, no other states have laws requiring pot products have a symbol directly on pot products. (This map shows pot laws by state.)

Colorado children have been ingesting weed-laced items more frequently since marijuana was legalized in 2014. Since 2009, half of hospital visits where there was unintentional marijuana exposure in children was due to pot-laced candies or baked goods, CNN reported last July.

Fortunately, lawmakers have wised up to the fact that with great freedom comes great responsibility.

"We want to ensure that people genuinely know the difference between a Duncan Hines brownie and a marijuana brownie, just by looking at it," Colorado Rep. Jonathan Singer, told the Associated Press.

The state has continuously fought to ensure weed does not reach the mouths of its youngest citizens. A few months back, Colorado banned weed-laced gummies that resemble kid-friendly shapes: Gummy bears and fish were ruled out, but stars, weed leaves and simple geometric shapes were in the clear.

Colorado tends to pave the way for marijuana-related legislation nationwide, so manufacturers in other states may have to start making changes in the near future.