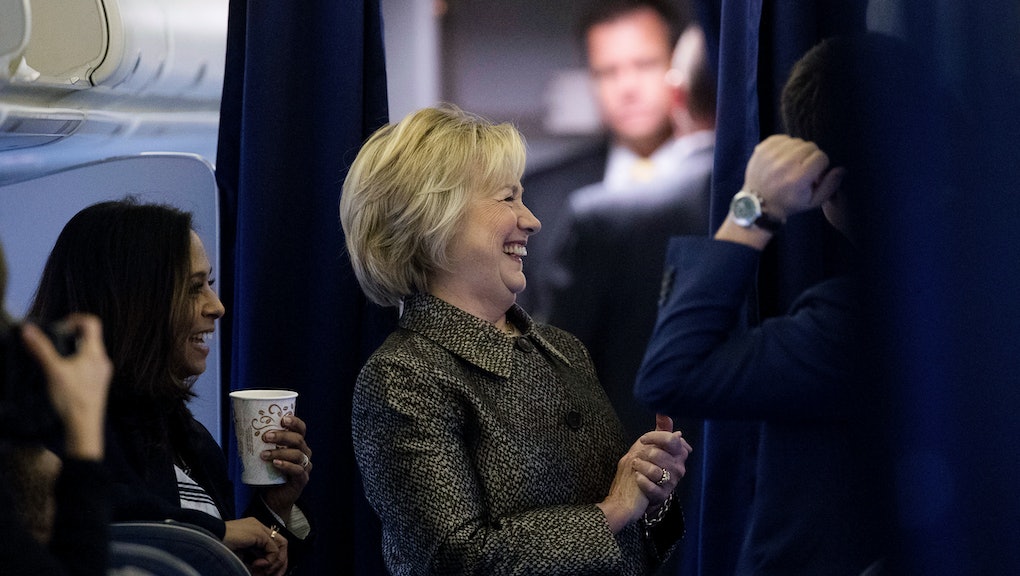 Will Hillary Clinton be at the VP debate?

On Oct. 4, the Democratic and Republican candidates for the vice presidency will square off during their only official debate scheduled before Election Day.

While Kaine is scheduled to take the stage in what will arguably be his most visible moment of the 2016 campaign, Clinton herself likely won't be in attendance.

According to the official itinerary posted on her website, Clinton is scheduled to attend an organizing event in Harrisburg, Pennsylvania until 5 p.m. that day, where she will, "urge Pennsylvanians to register to vote with one week remaining before the October 11 deadline."

While there's no word yet on whether Clinton's absence would help or hurt Kaine, CNN reports that he and his aides have been prepping for the sparring match in Raleigh, North Carolina, with lawyer and agent Bob Barnett standing in for Gov. Mike Pence.

Tune in on Tuesday to see the debate unfold in real time, and to hear what Trump and Clinton's running mates have to say about the issues at stake during this election.