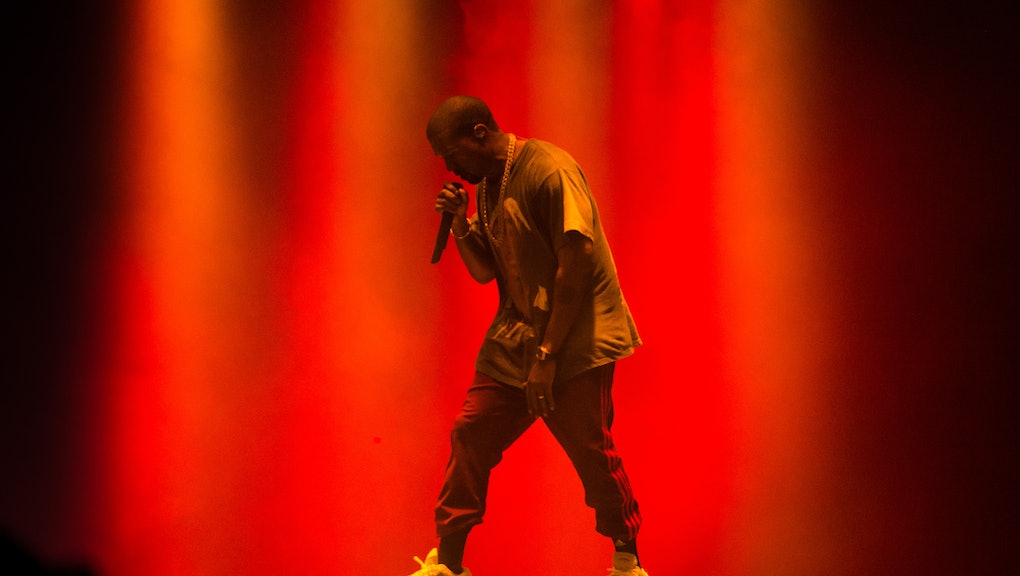 Kanye West abruptly ended his performance Sunday night at the Meadows, a NYC music festival, cutting the show in the middle of his 2008 hit "Heartless."

"I'm sorry. I have a family emergency. I have to stop the show," West said through auto-tune after someone ran on stage to speak with him.

In videos tweeted out by concert-goers, fans in the audience instantly yelled out their disappointment, as well as concern for Kim Kardashian West, Kanye West's wife and mother of their two children, North and Saint West.

At approximately the same time West was rushing off stage, Kardashian West was uploading an image to Snapchat congratulating Rob Kardashian and Black Chyna on their baby shower.

According to CNN news editor Joe Sutton, Kim Kardashian West was held up at gunpoint in her Paris hotel room, but was not harmed: