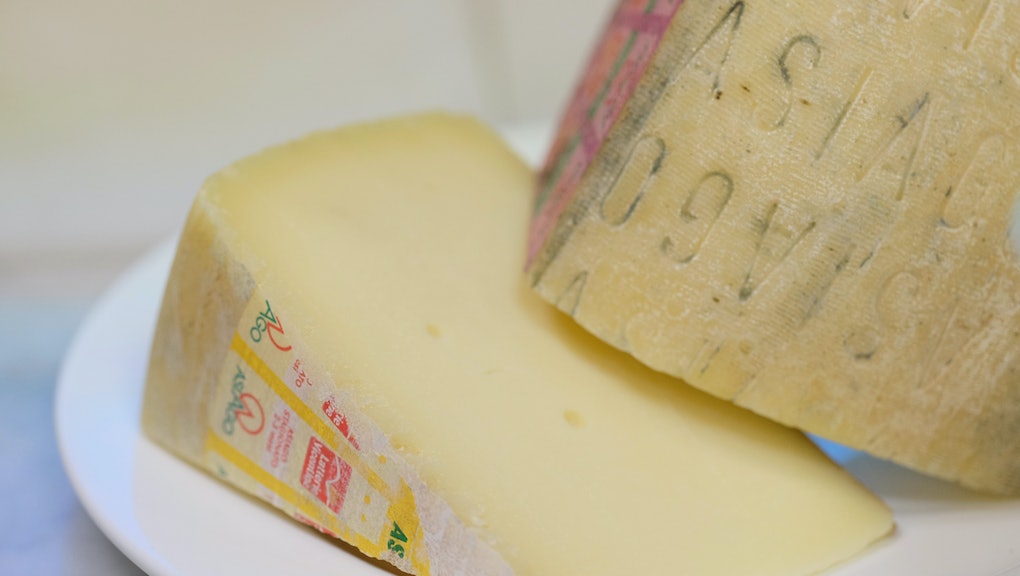 Garys of the world, prepare yourselves. The vegan community has co-opted your name to refer to non-dairy cheese.

How did we get here? It's all thanks to one angry Facebook user, who posted a rant that went viral, saying about vegan cheese should instead be called "Gary." On Thursday, Vegan Life Magazine shared a screenshot of the rant, blocking the author's name.

According to the post, this user saw vegan cheese from British food producer Sainsbury's. The user said the "cheese" was made from coconuts, so it's likely the product was from Sainsbury's FreeForm line.

Sainsbury's then posted a cheeky response to the rant. On Sept. 30, the company posted a photo of vegan cheese called "gary" on Twitter. The post has been retweeted over 1,400 times as of this article's publication.

Twitter didn't seem to hate the idea of recasting vegan cheese. Most thought it was downright hilarious and started immediately referring to non-dairy cheese as "gary."

But not everyone was eating up this idea.

Some Garys, however, celebrated the gary-related hubbub. One Gary posted that it was nice "to be wanted" on a Facebook comment thread from the Vegan Life Magazine post.

Gary lovers (ahem, of the cheese variety) even created a Facebook page dedicated to the food item. It's not Vegan Cheese, it's Gary has albums dedicated to gary memes, along with thousands of likes.

Cheese lovers also seem to support the gary movement. A Change.org petition to officially change the name of vegan cheese to gary has a mission to end cheese confusion once and for all: "I think it's unfair that vegan 'cheese' can hold the sacred title of 'cheese,'" Amy Woodman, the petition creator, wrote on the petition page. The petition has over 350 supporters as of this article's publication.

If this gary idea catches on with major brands, vegans and lactose-intolerant people could nosh on their gary without confusing the heck out of other dairy-loving shoppers. Nobody except people named Gary could be mad at this situation ... right?