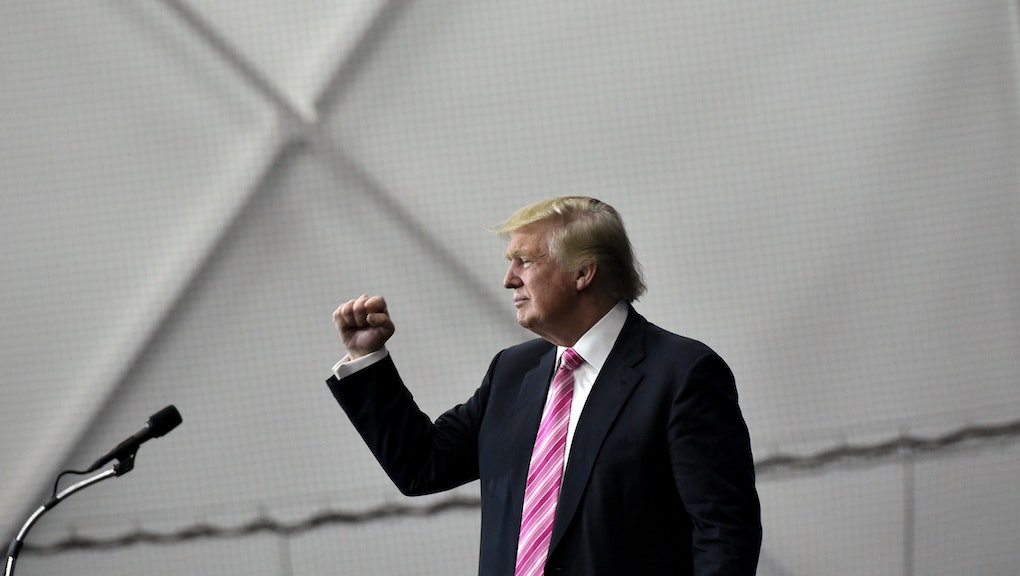 Before you can unpack the ethical or political implications of Republican presidential nominee Donald Trump's 1995 tax returns — which indicate a $916-million loss, according to documents obtained by the New York Times and published Saturday — it's important to understand the facts.

First, the loss is staggering: For a sense of scale, that's bigger than the entire 2017 budget for the Small Business Administration, the government agency that helps tens of thousands of small-business owners.

The loss is so big that Trump could have used it to offset paying federal taxes on about $50 million in income every year for 18 years — completely legally.

That's because of Internal Revenue Service provisions that allow certain taxpayers to "carry" losses both forward and backward in time, cancelling out tax obligations.

In 1995, the tax code was such that Trump could have carried those losses forward up to 15 years and backward up to three years; that's where the "18 years" figure comes from. Today, the rule allows a carry forward of 20 years and a carry back of two years.

Now, it is not just real estate tycoons who can legally offset income — and the accompanying tax liabilities of that income — with losses.

Say a schoolteacher needs to supplement his or her modest salary with additional income from a side gig — perhaps selling handmade pillows online via a small business he or she has set up as a single-member limited liability company.

That person, too, could use losses from their pillow business to offset their W2 income as a teacher, according to Gail Rosen, a CPA based in Martinsville, New Jersey.

And, if losses were great enough, the teacher could even carry those forward or back to offset future or past income just as Trump may have done, Rosen said in a phone interview.

Critics of the Times' story — like former New York City Mayor Rudy Giuliani — point out that Trump's purported tax-avoiding maneuver would have been totally legal, and in line with what other businesses do on the regular.

But to make that comparison — or to merely imply Trump is "smart" to use IRS rules to his advantage — does not tell the whole story.

First of all, the tax code has special provisions allowing "real estate professionals" like Trump to offset other income with losses far more easily than other workers.

A hypothetical dentist with too much income who earns "passive" rental income on the side would not be able to use real estate losses to offset his or her dentistry income until the year the property is sold.

On the other hand, full-fledged "real estate professionals" face lower hurdles. They must spend a minimum amount of time — about 15 hours a week — in their work, but then they can take unlimited deductions against other income.

That means Trump could have used business losses on his casinos "to offset income from unrelated work, including the millions he earned as star of The Apprentice television show, or licensing his name to the maker of Trump neckties," as NPR posited.

While these activities might be legal, whether or not they paint Trump in a positive light is another question.

In fact, legal behavior aside, there's mounting evidence that Trump has not always played by the rules.

For one, there's a USA Today report that his businesses have been "involved in more than 100 lawsuits and other disputes" related to taxes.

Then there's an ABC News analysis that suggests Trump lowered the reported valuation of one of his golf clubs from more than $50 million to less than $2 million — to avoid taxes. Facing scrutiny, Trump's lawyers have since increased the valuation to $9 million, but that's "still far short of the at least $14.3 million the city assessor estimated it at," according to the American Prospect.

Now, the Trump campaign has not confirmed the accuracy of the New York Times report: They have thus far referred to the return as an "alleged tax document."

But, as Vox's Ezra Klein points out, Trump's refusal to release his actual returns suggests the picture they would paint could be even less flattering than what's already out there.