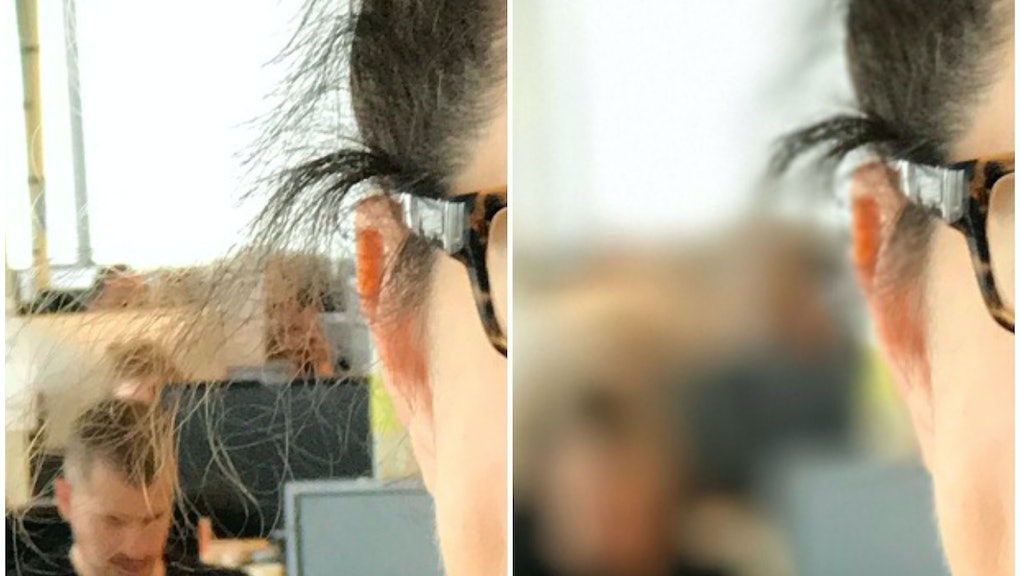 iPhone 7 Plus portrait mode has another glitch: It'll totally ruin your hair

The iPhone 7 Plus has an incredible camera. It's got two lenses (one wide-angle and one telephoto), optical image stabilization, 10x zoom and more. But its most exciting feature, portrait mode, is also its most controversial.

Portrait mode — which only exists in the beta version of iOS 10.1 right now — focuses on one object or person in the foreground, blurring everything else. It mimics the depth of field effect on traditional DSLR cameras, but it replaces everything with a digital blur. It can make a photo taken on a phone look significantly higher-quality, but there are a few bugs. Redditor njhorn pointed out that the the edges of the subject's hair get blurred out with portrait mode. We gave it a try ourselves.

If you're frustrated by your flyaways, this might seem like a blessing in disguise, but upon closer inspection, it actually looks terrible. Here's a closer view of my hair. The one on the left is without portrait mode and the right is with portrait mode.

Of course, portrait mode is still part of a beta version of Apple's mobile operating system, so it's probably going to improve over time. Hopefully Apple will fix these glitches before the update is widely available.