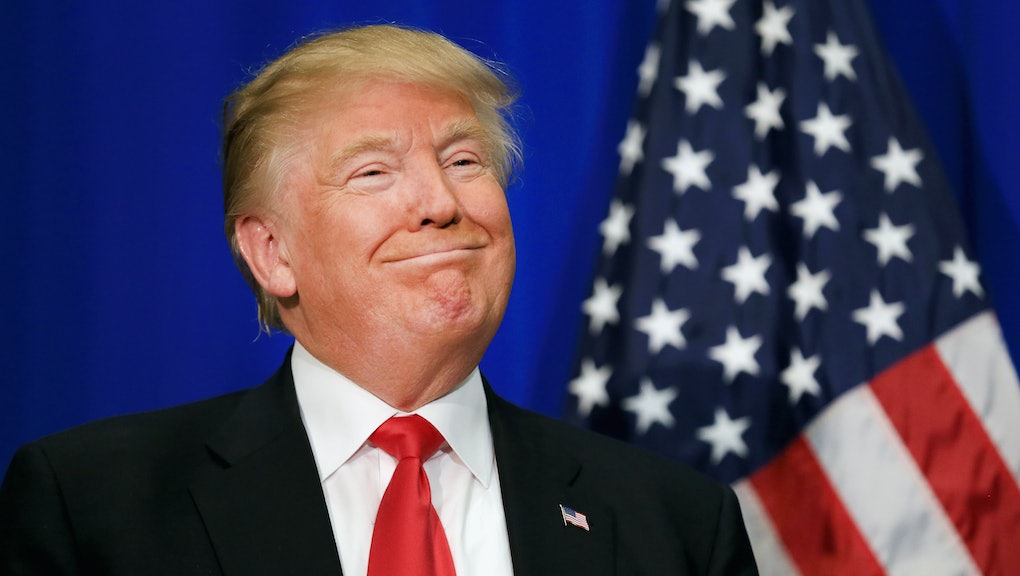 A new poll conducted by a University of Maryland researcher and shared with the Washington Post has revealed something surprising: Many Americans aren't aware that Republican nominee Donald Trump was born wealthy. In fact, some even believe that at the time of Trump's birth, his father, Fred Trump, was poor.

Lilliana Mason, an assistant professor in Maryland's department of government and politics, explained in an email on Monday that she surveyed 2,500 people — and, as the Washington Post reported, she asked respondents "to describe Fred Trump's social class at the time of his son's birth in 1946."

Mason found that just 53% of Democrats and 42% percent of Republicans described Fred Trump as "wealthy" at the time of Donald Trump's birth. Most of the remainder of the respondents said that Fred Trump was either upper-middle-class, middle-class or working-class. A small group believed Fred Trump was poor in 1946.

"I find the results interesting because in most polling, Trump tends to be strongest in people's ratings of his business acumen," Mason explained. "His ability to be a great businessman is a common reason given for supporting him. These results suggest that many people who are thinking of him as a great businessman may not realize that he did not build his business empire from scratch."

Not only did Trump not build his business "from scratch," as Mason said, Trump himself has admitted to receiving what he called "a small loan of $1 million" before he began his career in the early 1970s. Adjusted to today's numbers, that single loan would be worth more than $5 million.

In fact, as the Washington Post has previously reported, "Fred Trump was at one point one of the richest men in America." Even as early as 1946, when his son was born, he was wealthy by the standards of the time. However the results of Mason's poll indicate that many Americans, Republicans in particular, may be buying into the myth of Trump as a self-made man.