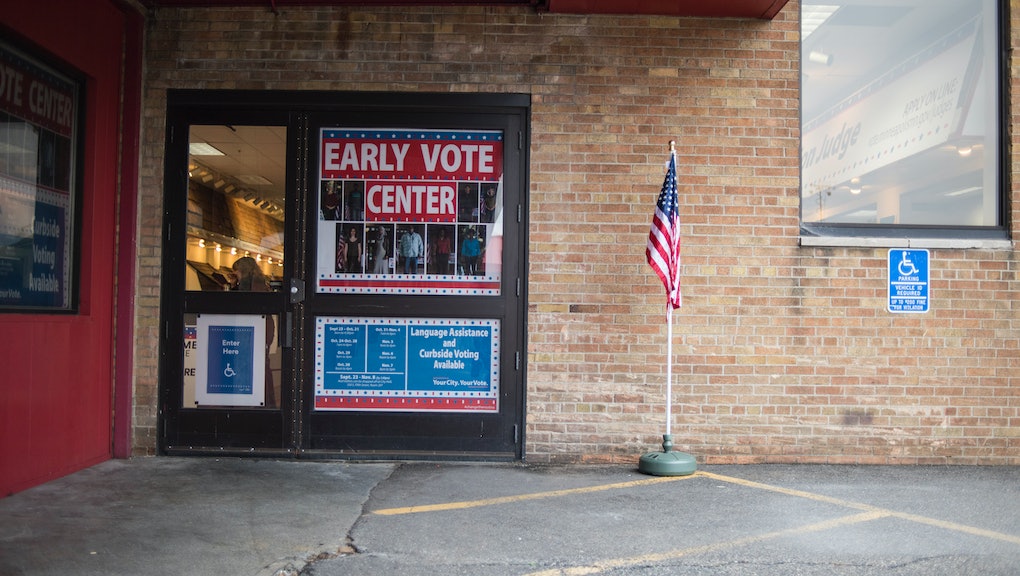 Is there early voting in my state? This one map will show you

Many Americans will cast their votes this year long before Election Day.

Early voting started Sept. 23 in Minnesota and South Dakota, and in Iowa on Sept. 29. The battleground state of Ohio will allow early voting on Oct. 12.

In the 2012 presidential election, at least 32% of voters cast their ballots early, according to the U.S. Election Project at the University of Florida.

"The earliest voters are going to be people who are very hard partisans — they have strong attachments to the parties, they have lots of information about the candidates because they are political junkies, they've been following the election all along and they're ready to cast their vote right now," Michael McDonald, an associate professor of political science at the University of Florida, told Mic in a recent interview.

Here's a map of the states that allow early voting.