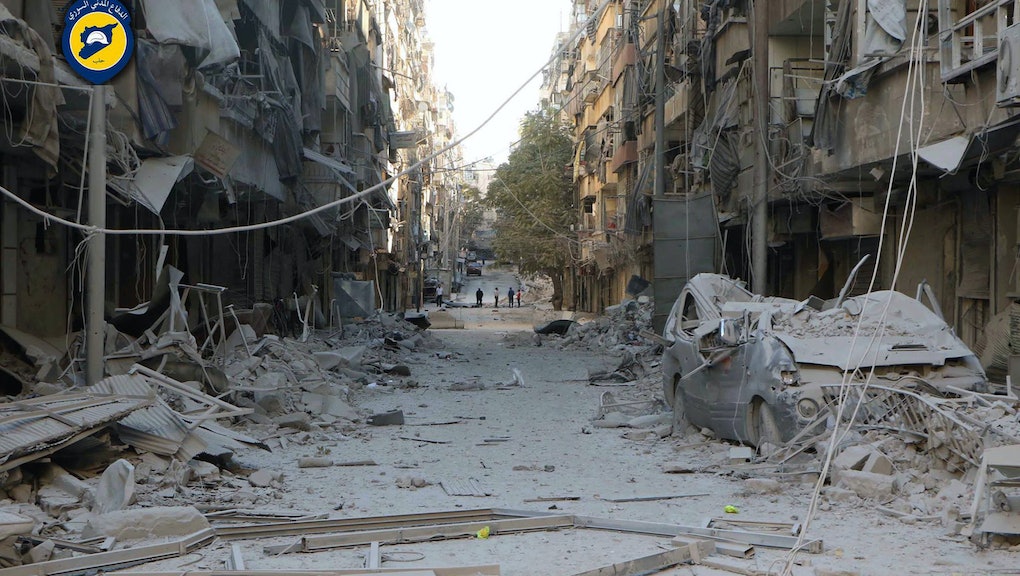 In a major blow to hopes international cooperation could end the raging civil war in Syria, the U.S. State Department and their Russian counterparts ended efforts to collaborate on the military campaign against ISIS and al-Qaeda-linked rebel factions and negotiate a diplomatic solution to the conflict on Monday.

The U.S. announced it is withdrawing personnel assigned to Geneva to negotiate with Russia on those efforts, weeks after a Sept. 12 ceasefire quickly fell apart, the Washington Post reported. For their part, Russian officials abruptly withdrew from a nuclear security treaty signed in 2000 requiring both countries to destroy military stockpiles of plutonium.

The Post called the impasse evidence of a "new post-Cold War low" in relations between the U.S. and Russia, which supports the Syrian central government headed by President Bashar al-Assad. While al-Assad was a party to the failed ceasefire, the U.S. has repeatedly accused Russia of participating in or supporting war crimes committed by his government.

President Vladimir Putin of Russia cited a "radically changed environment" and rapid deterioration of relations with the U.S. as reasons for the withdrawal, the New York Times reported. In a decree, according to the Post, Putin said the nuclear accord would only be renewed if the U.S. dropped all sanctions on Russia imposed in recent years and compensated the country for any losses.

Josh Earnest, White House press secretary, cited Russia's 2014 annexation of Crimea from Ukraine, as well as the disagreements on Syria and the nuclear treaty, as part of a pattern.

The latest development is alarming because "both leaders in Russia and the United States have made nonproliferation a priority," Earnest said, according to the Times. "... We've also been quite disappointed by a range of Russian decisions both in Syria and inside of Ukraine."

Both sides accused the other of violating the September ceasefire agreement, with Russia criticizing the failure of U.S.-backed rebels to live up to the deal and the U.S. accusing Russia of continuing to escalate the war during talks. The U.S. had previously warned Russia if heavy bombing of opponents to al-Assad in the city of Aleppo continued, cooperation would end.

U.S.-based consultancy Stratfor told Reuters Russian withdrawal from the plutonium agreement indicated broader nuclear disarmament deals may be at stake, and constituted "an attempt to convey to Washington the price of cutting off dialogue on Syria and other issues."

Fighting in the Syrian conflict killed up to 470,000 people by early 2016, according to some estimates, and has doubtless killed many more since.