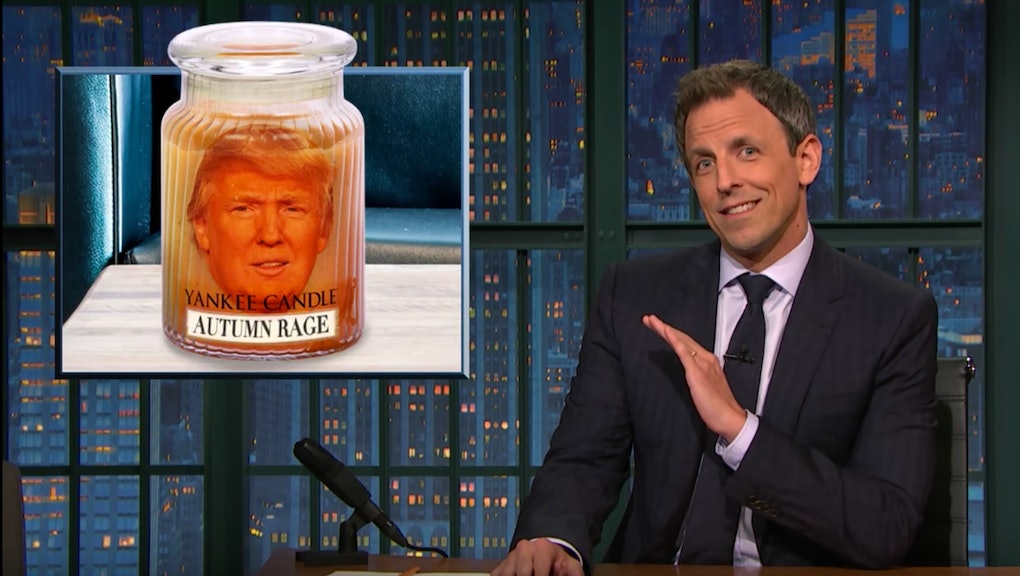 As the Times indicated in their report, the return address for the real estate mogul's tax information was Trump Tower, which led the host to speculate who the culprit could have been. However, as Meyers quickly discovered, that's a long list of suspects.

"I just don't get it," he posits. "Who would have a motive to try to destroy Donald Trump?"

Here's why this latest revelation is damning. First of all, there's the fact that Trump has consistently sold himself as a brilliant businessman who could use those skills to fix the economy. But the people who invested in Donald Trump's companies might not agree ... Normally to get that screwed you have to actually go into the casino.

However, as Meyers notes, it still hasn't led to Trump releasing his tax returns, which invites speculation as to what could be worse than the Times report indicated. But Meyers has a pretty simple theory: He thinks Trump is broke.

"I think you pretend to be rich, but you've been going town to town for 18 months selling cheap hats," he adds. "And also, I think you want to live at the White House because you heard the previous lady who lived there had a garden and you want free tomatoes."