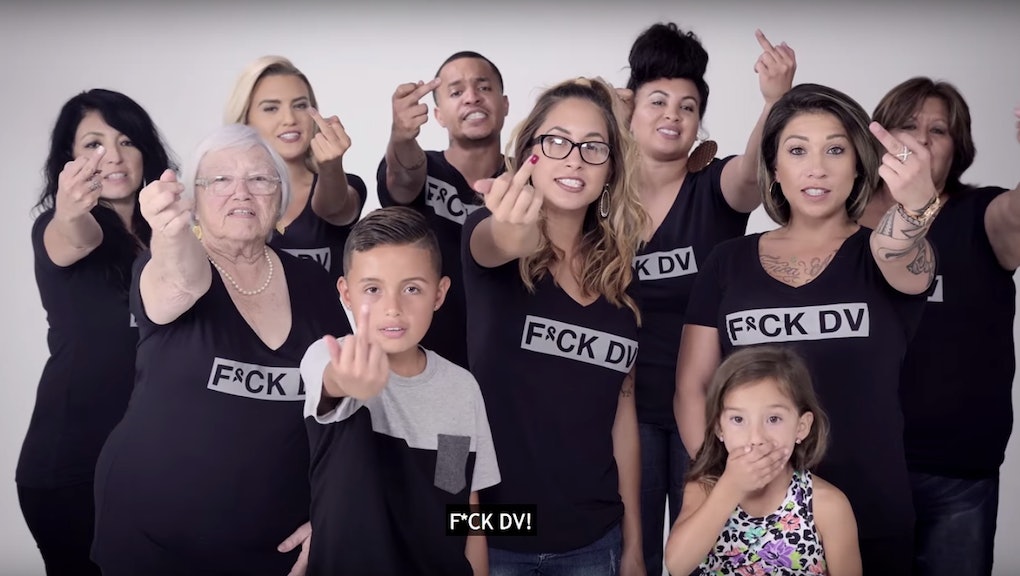 The survivors featured in the clip span multiple ages and genders: One young boy faces the camera and tells audiences there are an estimated 5 million children who witness domestic abuse in their homes each year. An older woman explains that an instance of domestic violence occurs every 90 seconds.

"Fuck DV for making us feel like it's normal," one female survivor says.

The video campaign ends with survivors encouraging parents to set an example for their children and to talk about domestic violence with them. The survivors also encourage viewers to educate others in the classroom, community, family and friends.

People are spreading awareness about the Break the Silence campaign by using the #FUCKDV hashtag and by texting FUCKDV to 919-99.