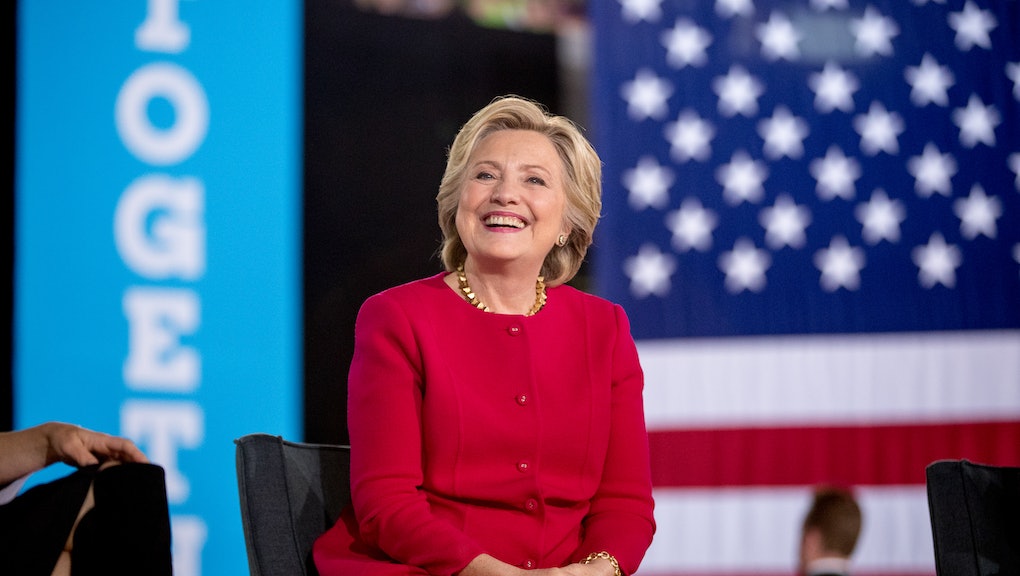 Donald Trump is very loud; when he talks, everyone — including the children — hears him. And, as one teenage girl pointed out at a Hillary Clinton event Tuesday, his rhetoric is having a measurable impact on young women's self-esteem.

During a town hall in Haverford, Pennsylvania, 15-year-old Brennan Leach told the Democratic candidate that body image is "a really big issue" for teens and asked about how Clinton plans to reverse the Trump effect.

"I see with my own eyes the damage Donald Trump does when he talks about women and the way they look," Leach said. "As the first female president, what would you do to undo some of that damage, and help girls understand that they are more than just what they look like?"

Clinton knows what it's like to be on the receiving end of Trump's appearance-based criticism. Her opponent has said that she lacks the requisite "look" to be president, and she's paid close attention to the many inappropriate things he has said about women over the years. Recently, her campaign took his most disgusting hits and compiled them into an ad highlighting the effect his misogynistic remarks have on women.

Responding to Leach, Clinton nodded to the unprecedented "meanness" Trump has added to the conversation about women and their bodies.

"We know that young women begin to get influenced at earlier and earlier ages by messages from the media," Clinton continued. "Forget your mind, forget your heart, care only about what you look [like] because that's all we care about. And we have to stand up against that: women and men, mothers and fathers, teachers, everybody."

Clinton ridiculed Trump for having gone so far as to criticize former Miss Universe Alicia Machado, calling her "Miss Piggy." No woman, she suggested, is good enough for Trump, and it's time to ignore his critiques.

"The pressure of being talked about that way leads some women to try and hurt themselves," Clinton said, according to Raw Story. "So we have to be clear as possible, you are more than the way you look."