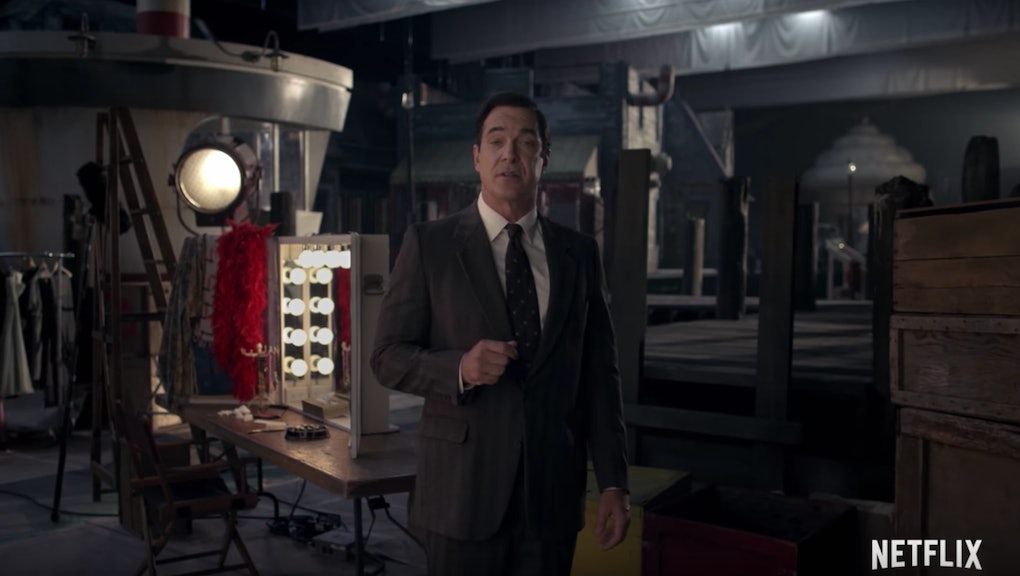 In perhaps the worst pitch for watching a TV show, Lemony Snicket (played by Patrick Warburton) wants you to know that you shouldn't check out Netflix's Lemony Snicket's A Series of Unfortunate Events series, coming Jan. 13, 2017. It would be unwise to do so.

"Please don't make the same mistake that Netflix has," Snicket intones on an empty set for the show in a short teaser released on the streaming service's Twitter account. "Look away before this dire tale is even filmed, and avoid the cruel whimsy and whimsical cruelty of what's to come."

The series — based on the best-selling novels by author Daniel Handler using the Snicket pen name — follows three orphaned children and their evil guardian Count Olaf (Neil Patrick Harris). Olaf will stop at nothing to gain their valuable inheritance, which leads to many misadventures — from comic to the tragic.

While the Baudelaire orphans don't appear in the teaser, Olaf's maniacal presence can be heard at the end of the teaser as an unamused Snicket cites "low morale" on the set.

Watch the first teaser for A Series of Unfortunate Events below.