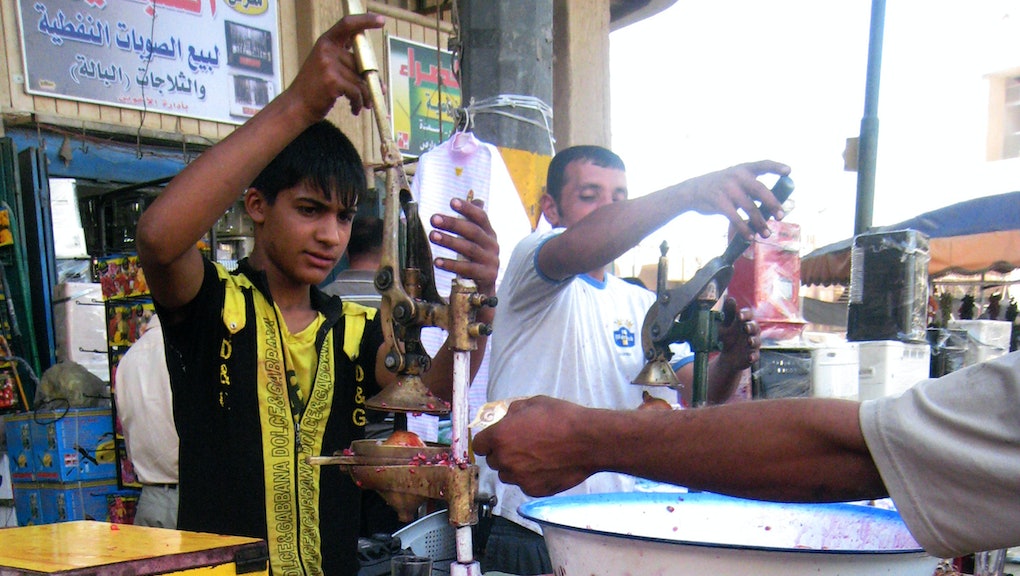 We're one step closer to an edible fountain of youth, thanks to Nobel Prize-winner

Want to live long and prosper? The life's work of a recent Nobel Prize-winner are key to scientists' understanding of longevity, and may pave the road to eating your way to good health.

On Oct. 3, 71-year-old Japanese cell biologist Yoshinori Ohsumi earned the Nobel prize in medicine for his groundbreaking work on autophagy, the body's ability to recycle components of the cell and thus stave off age-related diseases.

"Autophagy declines during aging and this has a major impact in our cells, since they accumulate toxic deposits," Ioannis Nezis, an associate professor at the University of Warwick, told the Guardian.

Forget those pricey juice cleanses. Autophagy literally means "self-eating" in Greek. The term refers to the body's ability to efficiently "get rid of faulty parts, stop cancerous growths and stop metabolic dysfunction like obesity and diabetes," Colin Champs, a radiation oncologist and assistant professor at the University of Pittsburgh Medical Center, told Greatist.

Autophagy can also get rid of molecules tied to Parkinson's, Alzheimer's and other neurological diseases, Scientific American noted. This is your body's natural way of cleansing on the cellular level — no "detox" juices required.

How to activate the autophagy process

Foods that might help? Pomegranates, red wine, turmeric and red grapes hold potential for activating autophagy, Nezis told the Guardian. But hold off on guzzling entire bottles of cab sav — researchers don't yet know how much of these foods can promote healthy autophagy.

Nezis told the Guardian that researchers are still investigating how exactly the body induces autophagy so they can then figure out which foods, supplements or medicines can help.

However, promising research reveals that short-term fasting can facilitate autophagy. Mild amounts of stress, in fact, may be the key for activating the  process. Studies on mice established that exercise also helps promote autophagy, the Guardian reported, noting that researchers still aren't sure what types of foods (and how much) can help autophagy.

If intermittent fasting doesn't sound palatable to you, there are plenty of science-backed foods that can promote longevity. Gobble up immunity-boosting, anti-inflammatory foods like broccoli, salmon, olive oil, tomatoes, green tea, apples and dark chocolate, the Huffington Post noted.