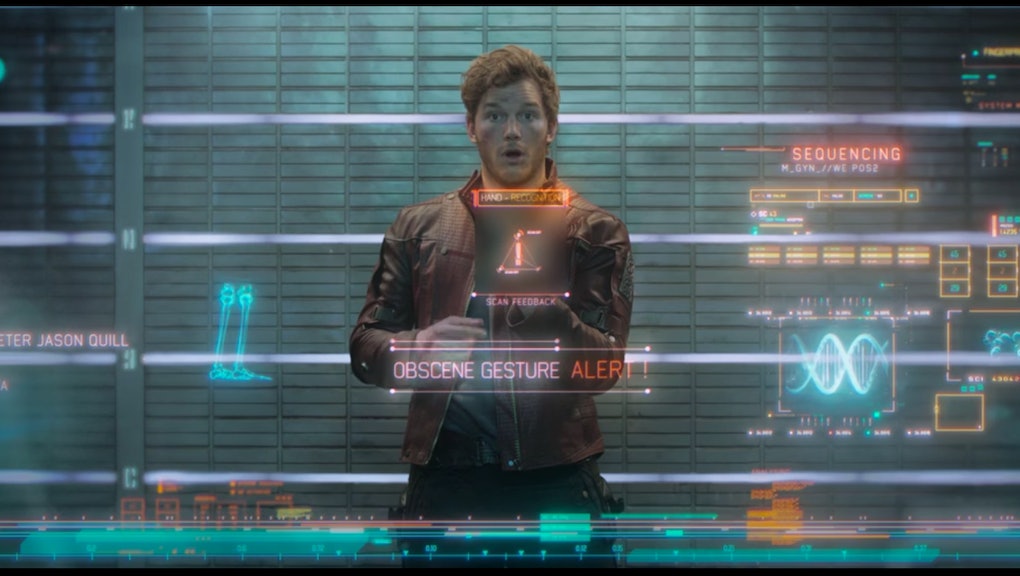 The last thing that comes to mind when thinking of Marvel's campy space adventure Guardians of the Galaxy is the relentless on-screen brutality. Yet according to a study from financial analysis firm Go Compare — first reported by Deadline — perhaps it shouldn't be so surprising.

Per the study, the Marvel film has the highest on-screen body count in movie history, and it's not even close. Guardians of the Galaxy features 83,871 on-screen deaths, over 70,000 more than the its closest competitor (Dracula Untold, with 5,687). Many of the deaths in the film are attributed to the third act, in which the Nova Corps pilots are decimated when trying to take down Ronan the Accuser's ship, the Dark Aster. That sequence on its own is attributed to around 80,000 deaths.

However, note the important caveat in the findings: The deaths have to be shown on-screen. In other words, the planet-destroying events of the Star Wars franchise — like Alderaan's destruction in A New Hope and the Old Republic system in The Force Awakens — don't count. It's a point that Guardians of the Galaxy director James Gunn was quick to harp on when addressing critics of the study on social media.

While the study still casts some doubts — think about how many on-screen deaths technically happened in disaster movies like 2012 — the industry has some undeniably deadly films. At least Gunn has assured fans the forthcoming Guardians of the Galaxy sequel won't be as lethal, for what it's worth.