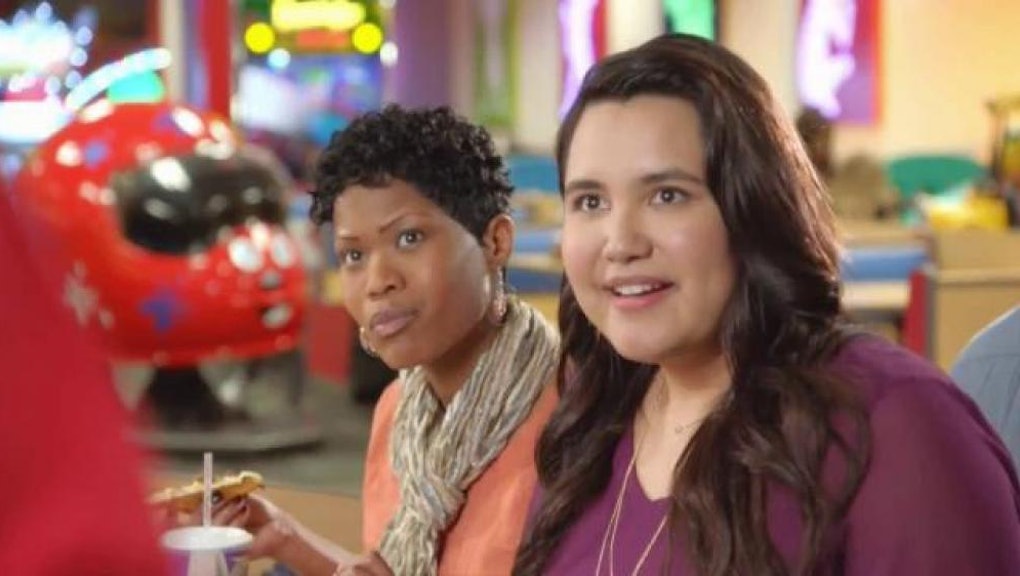 While no one was looking, Chuck E. Cheese's fancied itself an adult-only establishment

According to a television spot, the once kid-friendly, casino-like institution imagines itself a haven for parents looking to ditch their kids for artisan-style pizza. The commercial advertising the company's "adult-only" menu features moms gossiping about thin crust pizza and trying to score the chef's phone number. It's definitely giving some serious Sex and the City-esque vibes... if the city were instead a ball pit.

When did Chuck E. Cheese's become a pick-up joint? And why are there no children in commercials for the chain whose very motto is "Where A Kid Can Be A Kid"? The kids-free ad is like a commercial for Pizza Hut that only promotes the breadsticks. Or a spot for Starbucks that highlights free WiFi without mentioning coffee. Kids are at the core of Chuck E. Cheese's — it's disingenuous to pretend one won't encounter scores of kids at these restaurants.

The chain quietly rolled out its "adults-only" menu, which includes wings, wraps, churros, a salad bar, and, of course, pizza, at their 545 nationwide locations back in April 2015, according to a press release.

But a July television spot continues to make the rounds thanks to, but of course, Twitter. People continue to have mixed responses to the adult-friendly menu and the company's commercial.

Some also blasted the company for featuring a commercial where the black woman is the sassy friend who asks if the Chuck E. Cheese's chef is single — a tired stereotype of black women.

Turns out the adult-friendly menu was a ploy to attract millennial moms, Time reported, noting that several locations do, in fact, serve a small selection of beer, though they have a two-drink limit.

While downing alcohol and pizza doesn't sound like a terrible way to pass the time while your children run amok, history proves that adults + beer + Chuck E. Cheese's is not a winning equation. Massive fights have broken out among adults at Chuck E. Cheese's locations nationwide, the Washington Post reported, noting at least one may have been alcohol-fueled.

Fast food chains frequently rebrand and evolve as times change, but thinking of Chuck E. Cheese's as a place devoid of kids where women try pick up the the chef is straight-up weird — and patently false. The brand is pivoting so fast it's in danger of driving off the road.

The no kids allowed advertising feels counter-intuitive, like when McDonald's rolled out kale salads. (The salads were more caloric than double Big Macs, Business Insider noted.) Food franchises should know when to stay in their lane, or at least, recognize how to merge with trends in a reasonable fashion.

Chuck E. Cheese's did not immediately respond to Mic's request for comment.