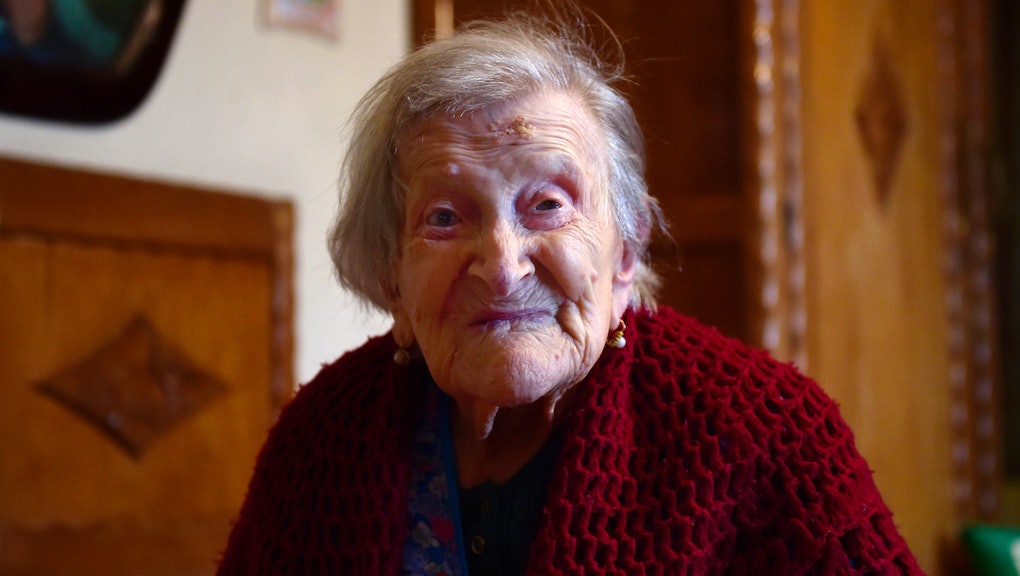 A study published Wednesday in the journal Nature found demographic evidence suggests there is a "fixed" upper limit to the human lifespan — and it's somewhere around 115 years old.

While advancements in medicine and public health have boosted average life expectancies, Jan Vijg, one of the study's authors, told the New York Times that the world's oldest humans have been roughly the same age for decades, suggesting there's a limit on just how many years the human body can last.

"It seems highly likely we have reached our ceiling," Vijg told the Times. "From now on, this is it. Humans will never get older than 115."

The record for longest lifespan is held by a French woman, Jeanne Calment, who died in 1997 at 122 years old, the Times reported. But Calment is "clearly an outlier," according to Vijg, and no one has since broken her record.

"We expect that the oldest person alive will be around 115 years for the foreseeable future," Brandon Milholland, a study co-author, told the Times.

This new study corroborates what other researchers have said in the past — that trying to extend the human lifespan indefinitely may be a futile task. S. Jay Olshansky, a professor at the University of Illinois at Chicago's School of Public Health, who has long espoused the idea of a limit, wrote about the new study in a companion article in Nature.

Olshansky said the study was a reminder "that humanity is approaching a natural limit to life." But not all in the longevity-science community agree that we should stop trying to push the upper limits of the human lifespan.

"It is disheartening how many times the same mistake can be made in science and published in respectable journals," James W. Vaupel, the founding director of the Max Planck Institute for Demographic Research and a scientist in the field of aging, told the Times in response to the new study.

In a 2007 interview, when asked if he believed life expectancy could exceed 120 years old, Vaupel said, "I don't think there is any limit in sight."