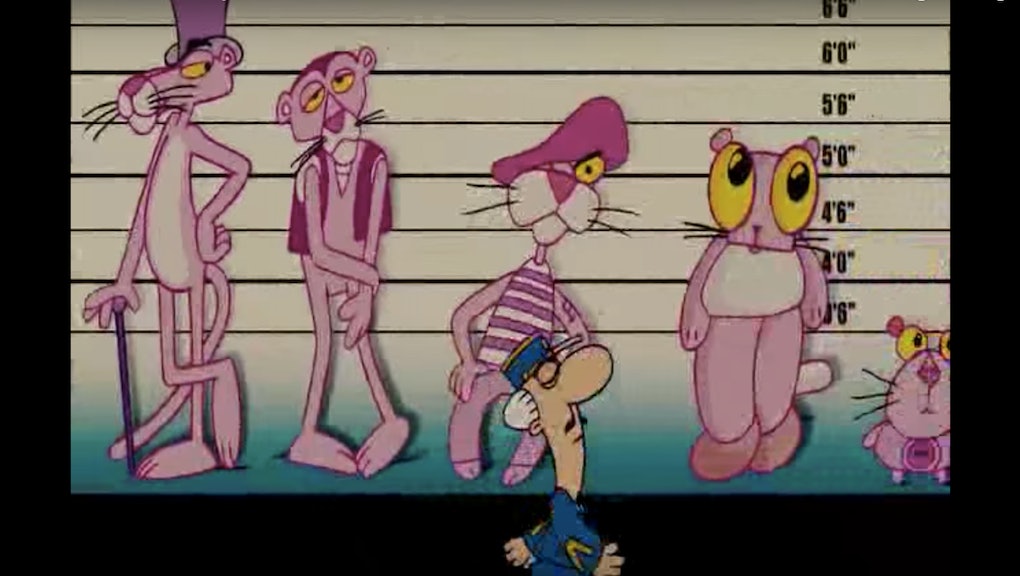 Who are the Pink Panthers? What to know about the Kim Kardashian West robbery suspects

You've likely heard the news by now: Kim Kardashian West was robbed at gunpoint in her Paris hotel suite on Monday, soon after 2:30 a.m. local time — the robbers made away with about $10 million worth of jewelry, including her $4 million engagement ring. A predictable media frenzy ensued.

As the hunt for the culprits continues, law enforcement — and the world — are frantically trying to figure out who was behind the robbery.

And most fingers are pointing at a highly organized, criminal network known as the Pink Panthers, who only steal valuable jewelry.

The details are dramatic, akin to a Hollywood heist flick: Five armed men, posing as police, dressed in officer uniforms, coerced the hotel concierge to open Kardashian West's suite, whereupon they gagged her, tied her up, put her in the bathtub and locked the bathroom door.

So expertly executed was the crime, the Pink Panthers have earned a top spot on the list of suspects.

Who are the Pink Panthers?

The Pink Panthers are named after the famed movie franchise, which began in the 1960s, starring Peter Seller as the clueless, incompetent and innocuous Inspector Jacques Clouseau (who mistakenly solves crimes). One of the storylines involves the stealing of a recherché pink diamond known as, you guessed it, "the Pink Panther."

For example, they once stole millions of dollars of jewelry from a shop in Dubai, which involved crashing an Audi into a glass storefront.

This criminal network happens to be comprised mostly of people from Eastern Europe. And the international police network, Interpol, estimates between 1999 and 2015, the Pink Panthers pulled off 380 robberies — across Western Europe, in Japan and the United Arab Emirates — stealing more than $373 million worth of jewelry. And they always come armed.

As for Kardashian West's ordeal, the robbers reportedly began hunting for the "ring" once inside the room, only aiding the theory that this has the Pink Panther's paw prints all over it.

Given how small the window was in which Kardashian West was not accompanied by her bodyguard, Pascal Duvier, and the robbers could have executed their plans without being detected, some people believe it was also an inside job.

"[It was] 100% an inside job," former Kardashian West bodyguard Steve Stanulis said, according to the Daily Beast. "They went to an exclusive place, with exclusive entrances, they knew exactly where to go, where to find the jewelry."

"Security was out with the sisters and Kim had been showing all the jewelry on Snapchat," Stanulis added. "It's a perfect storm to get robbed."

Some have speculated Duvier might even have been involved — he incidentally filed for bankruptcy just months before the heist.

But, then again, it could have been someone working in the hotel, too.

We wait with baited breath for this crime to be solved. Where's Inspector Clouseau when you need him?