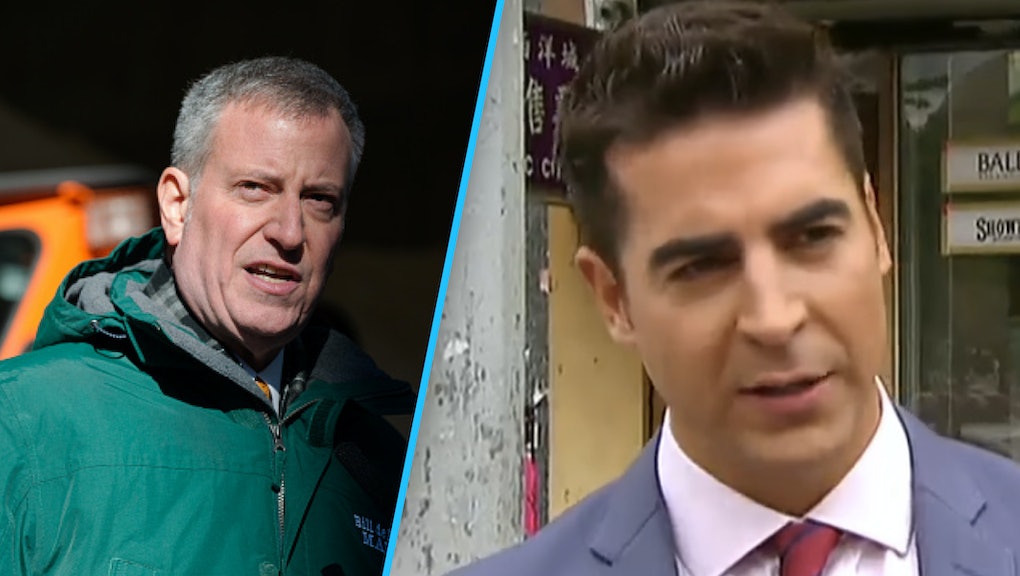 "The vile, racist behavior of Fox's Jesse Watters in Chinatown has no place in our city," de Blasio wrote. "@FoxNews — keep this guy off TV."

You can watch the segment in full here:

Prior to de Blasio's tweet, New York State Senator Daniel Squadron — who represents the 26th Senate District, where Chinatown is located — and numerous Asian-American groups, including the Asian American Journalists Association, condemned Watters and the segment.

"Unfortunately, one of the real costs of [Republican presidential nominee Donald] Trump's divisiveness is the climate of racism and disrespect it's made commonplace in our national discourse," Squadron said in a statement. "That's unacceptable in Chinatown, unacceptable in New York and must be unacceptable on Fox News."

Squadron then added a more personal message making it plain where Watters falls, in his esteem.

"And to Jesse Watters," he said, "welcome to my district — hope you don't come back."

Watters took to Twitter Wednesday evening and apologized for the segment — sort of:

"My man-on-the-street interviews are meant to be taken as tongue-in-cheek," he wrote, "and I regret if anyone found offense."