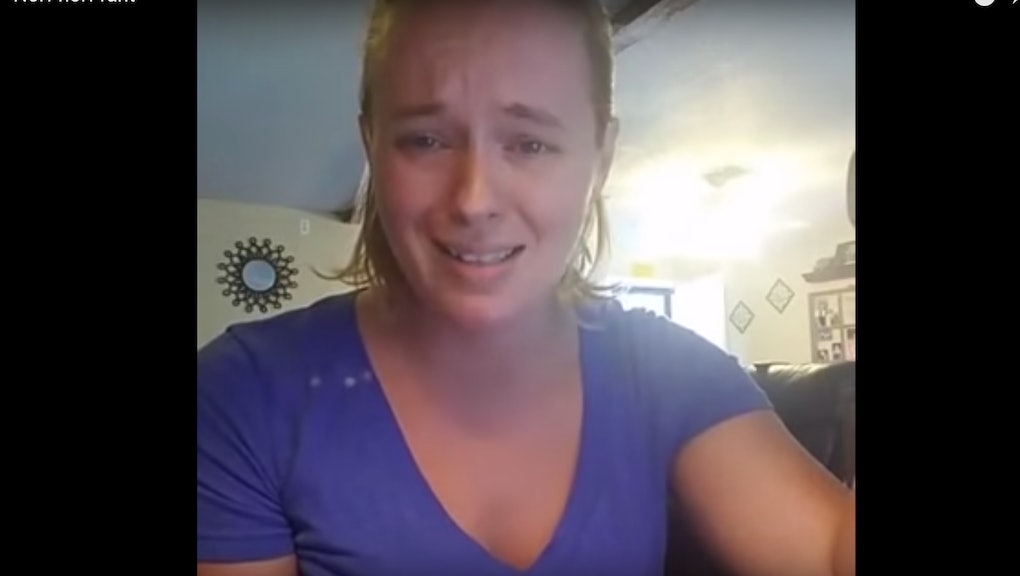 It's hard out here for a mom.

In a YouTube video posted in September, a mother of four got more than a little teared up after she strayed from the Christian tunes she usually listens to in her car and wandered over to a mainstream radio station, which was playing Vince Staples' "Norf Norf."

"This is on our local radio station, this crap is being played," she said. "I couldn't even believe the words that I was listening to, and as a mom, it infuriated me. ... Obviously the cuss words were bleeped out, but I'm not stupid. Like, we can dictate what they're saying."

The woman makes a disclaimer before reading off the lyrics to the camera — including the word "nigga" — and breaks down crying when she reads the line, "Folks need Porsches, hoes need abortions."

"We wonder why this society is so messed up, listen to the music." she says.

Though she spends minutes reading and crying through the lyrics, she also says, "[Kids are] probably not even really listening to the lyrics," but nonetheless feels "music has a strong influence on our children."

The video recently went viral with many publications gleefully relishing the intensity of her meltdown. However, Staples was quick to check these reactions. He reacted to the clip in the Independent, but later claimed on Twitter that the piece's author misquoted him.

He then clarified his comments.

"The woman in that video is clearly confused on the context of the song, which causes her to be frightened," he wrote. "She also, in my opinion, seems to be emotionally unstable."

He added, "With both those things being said, she has a right to her opinion."

While the mom does have a right to her opinion, Staples never really gets at the underlying racism behind much of the mom's assertions about music.

When she says the music is the reason "society is so messed up," and then goes on to list white pop artists — Britney Spears, Christina Aguilera, Backstreet Boys and N'Sync — that made acceptable pop, she's making a judgment on the lyrical content of hip-hop songs.

But, as rapper T.I. mentioned on a recent appearance on The Daily Show, people who have a problem with the lyrical content of hip-hop songs should look to be more invested in empowering black communities, not blame the music itself.

"I think people need to take into consideration that hip-hop traditionally has always been a reflection of the environment the artist had to endure before he made it to where he was," T.I. said. "So if you want to change the content of the music, change the environment of the artist and he won't have such negative things to say."

Vince Staples' music in particular hardly glorifies gangbanging, it merely describes the reality of its existence and all the pain and tragedy that accompany it. Put bluntly: Society isn't messed up because of music's lyrical content. Staples' lyrics can be tough to listen to because structural inequality often creates rough lived experiences for black people in the United States.

That's something to cry about — and try to change.