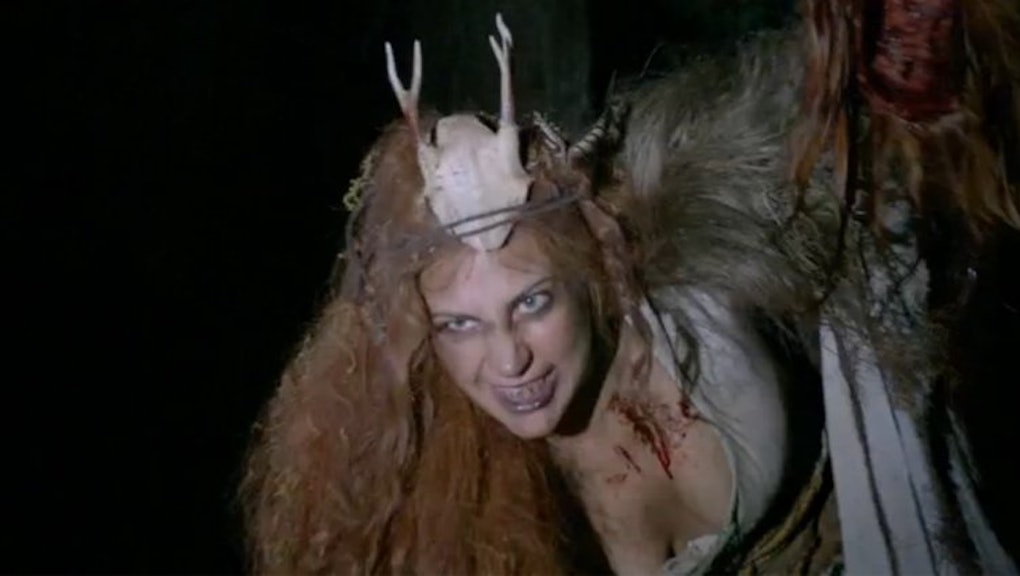 Who were the Druids? Lady Gaga's 'American Horror Story' character's past revealed

On Wednesday's episode of American Horror Story: Roanoke, we finally got a deeper look at Lady Gaga's mysterious character. At first glance, it would appear that she is just a creepy seductress and husband stealer, but her backstory reveals more nuance and her ties to the ancient Druids, members of an Celtic religion dating back centuries.

In previous episodes, Gaga's 'The Witch of the Woods' persona has been less than prominent, only appearing periodically in the background. Last night, however, we learned through Cricket that she is in fact "the bitch with the real power."

You see, Lady Gaga's Witch was a real OG sorceress, way before any of the Salem stuff happened.

The witch's origin can be traced back to the Druids

Born in England, she was a descendant of the Druids. They existed in ancient Britain and France as priests and priestesses who communicated ancient wisdoms about the natural world from the Gods to the humans, according to Live Science. They also believed that the human soul was immortal and would be reincarnated in new forms over time.

In American Horror Story: Roanoke, Gaga's character was inhabiting a boat on its way to the New World, but it wasn't exactly a luxury cruise-line experience. The voyage was plagued with misfortunes as countless men on board inexplicably died.

Upon arriving to America, the crew accused Gaga of witchcraft because she was the only woman on board (sexism sucked pretty badly then, too). She became the suspect of a brutal witch hunt and was sentenced to being burned alive. But after ferociously slaughtering her captors, the Witch liberated herself and became one with the forest.

According to the beloved Cricket (may he rest in peace), "the old magic and the New World created something new, something original." All of this meaning that through the carnage and violence, Gaga's character became even more powerful and omnipotent. Being an immortal forest goddess has its downsides, though. Apparently, The Witch is now lonely and is craving some male attention. She has her sights set on Shelby's husband, Matt, and it doesn't seem like she's gonna give him up without a fight.

Viewers will have to see how this twisted mé·nage à trois pans out during the next episode, airing Thursday at 10 p.m. Eastern on FX.