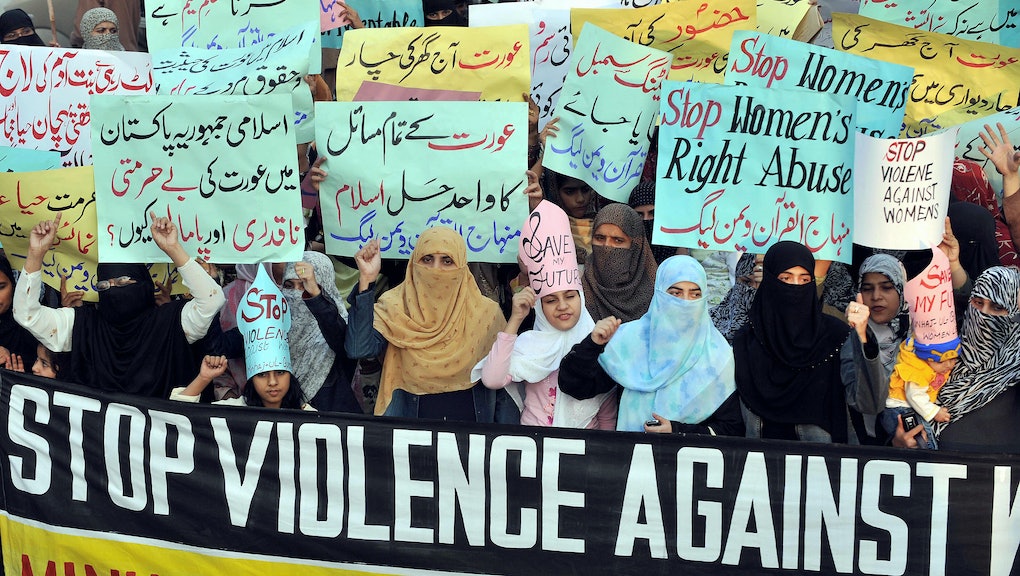 Pakistan's parliament passed a law Thursday making it harder for perpetrators of so-called honor killings to be vindicated.

The televised vote, which involved participation of both the lower and upper houses, was to close a loophole that allowed family members of a slain woman to exonerate her killers.

"Honor killings" is a term largely used to describe the killing of women who "dishonor" their families in some way, like falling in love with a man not presented or approved by their families, or wearing clothing deemed inappropriate by their families.

The killings are often committed by family members, and it is not uncommon for the victims' kin to pardon those family members afterward.

"Laws are supposed to guide better behavior, not allow destructive behavior to continue with impunity," Sughra Imam, a former senator who helped spearhead the new bill, said Thursday, according to Reuters.

The bill was unanimously approved by a parliamentary committee in July, which allowed for Thursday's vote by the joint session of the upper and lower houses. It was approved almost immediately.

The decision comes not long after social media star Qandeel Baloch was strangled to death by her brother on July 15 in a particularly high-profile "honor killing."

Going forward, family members will no longer be able to play a role in deciding the murderer's fate.

"The law will now require that even in such a case, the court will be bound to award life imprisonment," said law minister and parliamentary committee chair Zahid Hamid, the Wall Street Journal reported.