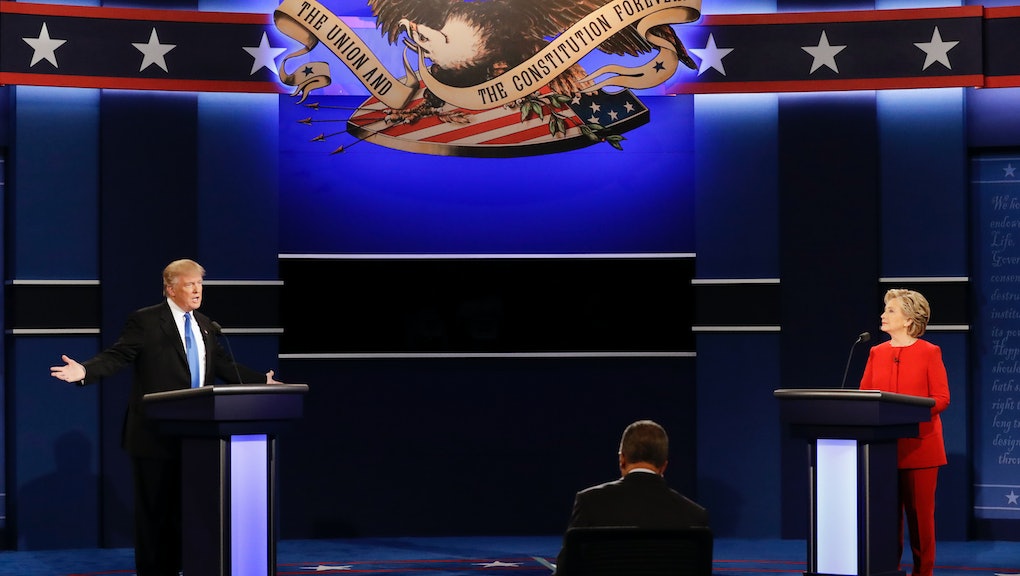 Donald Trump finally went too far and his poll numbers will not recover.

That claim — peddled by politicians, pundits and journalists from virtually the moment he entered the race — has been proven wrong more times than we can count. But with about a month until election day, Trump is running out of time for another turnaround.

The latest polls continue to show Hillary Clinton beating Trump where it counts. She is neck-and-neck with him in traditional Republican strongholds. For now, she has pulled away in Michigan and Pennsylvania, states Trump hoped to put in play. Trump may take Iowa and Ohio, but Clinton is modestly ahead in Colorado, Nevada and Florida while Arizona (a state Mitt Romney won four years ago) is too close to call.

All this is to say: Yet again, Trump must turn things around or Clinton could crush him in the electoral college. Projections are bullish about the chances of that happening. FiveThirtyEight's most conservative forecast gives Clinton a 74% chance of victory. The New York Times pegs her chances of winning at 81%.

Other polling data further suggests Trump is in trouble. President Barack Obama has hit a high in his second-term approval rating — 55%. Traditionally, the job approval of the incumbent president is a helpful predictor for how the presidential nominee of the president's party will perform in the next election.

This uptick in Obama's approval comes despite the fact more than 63% of Americans believe the country is on the wrong track. But with approval of Congress, controlled entirely by Republicans for two years, at near all-time lows and historic unfavorable ratings for Trump, voters seem to put the onus for failure on Republicans.

The takeaway: Trump's debate performance worsened the views of some voters toward him. Meanwhile, Clinton saw a clear post-debate polling bump. Expect both candidates to look for a way to make the narrative out of Sunday night's debate trend in their favor.