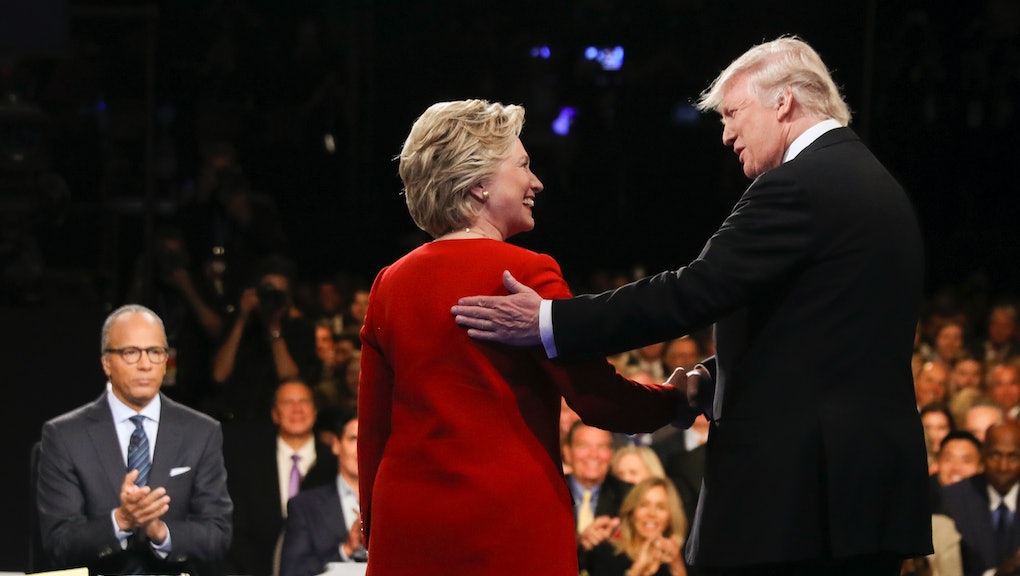 While the vice presidential debate was the least watched since 2000, the first showdown between Hillary Clinton and Donald Trump drew the most viewers of any presidential debate. This Sunday, Trump and Clinton will again go on the offensive. Clinton aims to solidify her lead. Trump must keep himself from slipping further in the polls.

Here's how to watch the two presidential candidates spar on Sunday night.

Where to watch the debate

The major networks and cable news channels will carry the town-hall style debate live, as they did for the first debate and Tuesday's vice presidential debate.

The debate begins at 9 p.m. EST and will last 90 minutes. Unlike the first debate, Sunday's event will be a town-hall style dialogue between the candidates, moderators and members of the audience. Voters are also able to submit questions online for the moderators to pose to the candidates. CNN's Anderson Cooper and ABC's Martha Raddatz are the hosts of the debate.