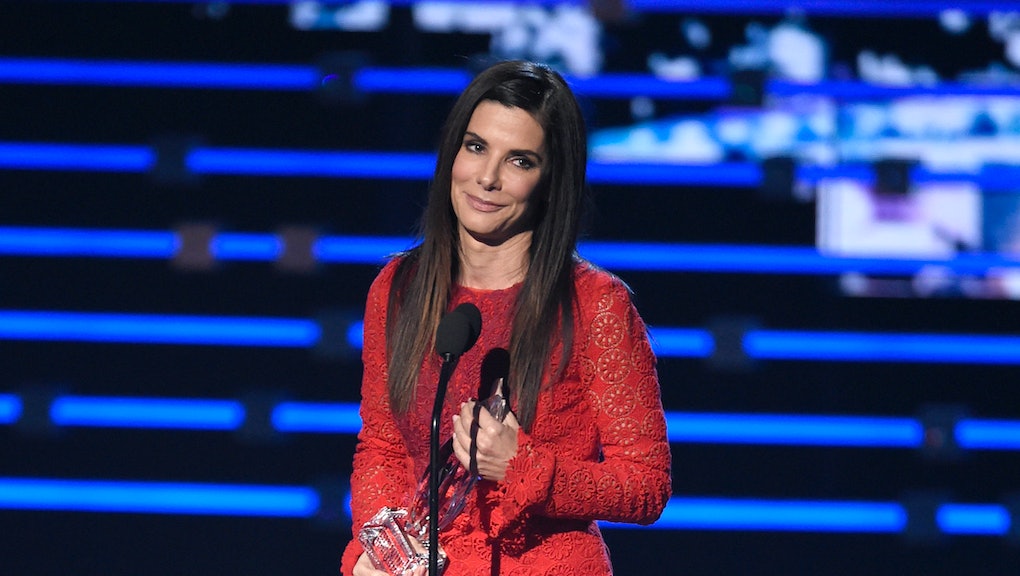 Ocean's Eight has a release date, according to Deadline — and it's a numerically appropriate one.

The site reports the all-female reboot of the Ocean's franchise, which previously starred George Clooney as heist grandmaster Danny Ocean, will hit theaters on June 8, 2018. So it's coming out on 6/8/18 — why not just delay until August, eh, Warner Bros.?

As previously reported, the crew of eight — led by Sandra Bullock — will include Cate Blanchett, Anne Hathaway, Rihanna, Helena Bonham Carter, Mindy Kaling and rapper Awkwafina. According to Deadline, the eighth member will be Sarah Paulson, as previously speculated in August.

The project will be a reunion of sorts for Blanchett and Paulson, who acted opposite each other in 2015's Academy Award-nominated film Carol.

The Hunger Games director Gary Ross is helming the project, with original Ocean's Eleven director Steven Soderbergh producing. Most other details of the project are unknown — including the plot, the details of the inevitable heist, and the characters each of the eight actresses will be playing. But with a release date locked in, Ocean's Eight feels more real than ever.