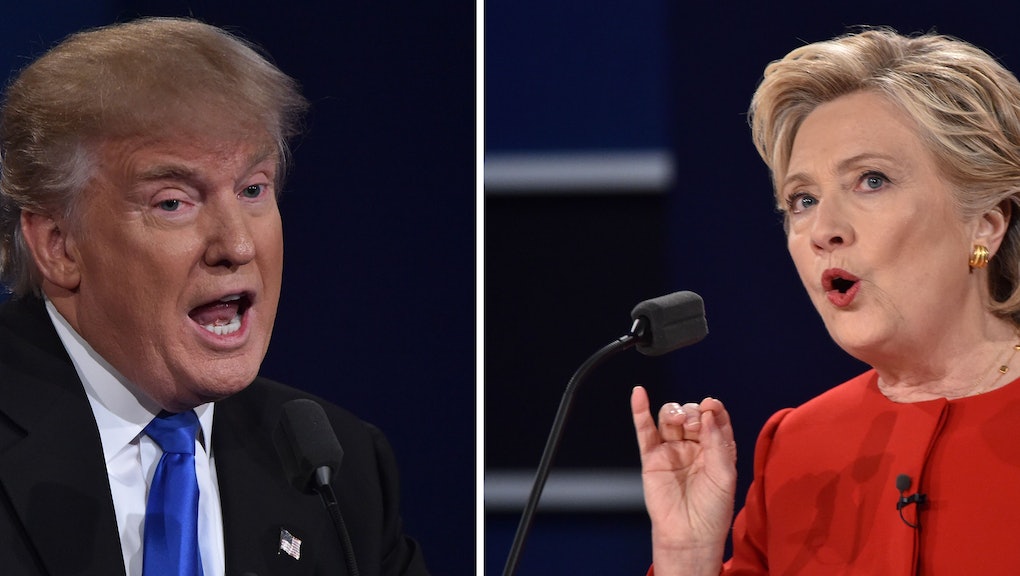 The next matchup between Democratic presidential nominee Hillary Clinton and Republican nominee Donald Trump will take place on Sunday, Oct. 9, in a town hall-style debate that will broadcast live from Washington University in St. Louis and air from 9 p.m. to 10:30 p.m. Eastern.

Sunday night's debate, the second face-off between Trump and Clinton, will be co-moderated by ABC's Martha Raddatz and CNN's Anderson Cooper.

The first debate between Clinton and Trump averaged 84 million viewers, according to Nielsen, CNN reported, and that total didn't even count online viewers. It remains to be seen whether or not Sunday night's debate will be as much of a phenomenon as the first.