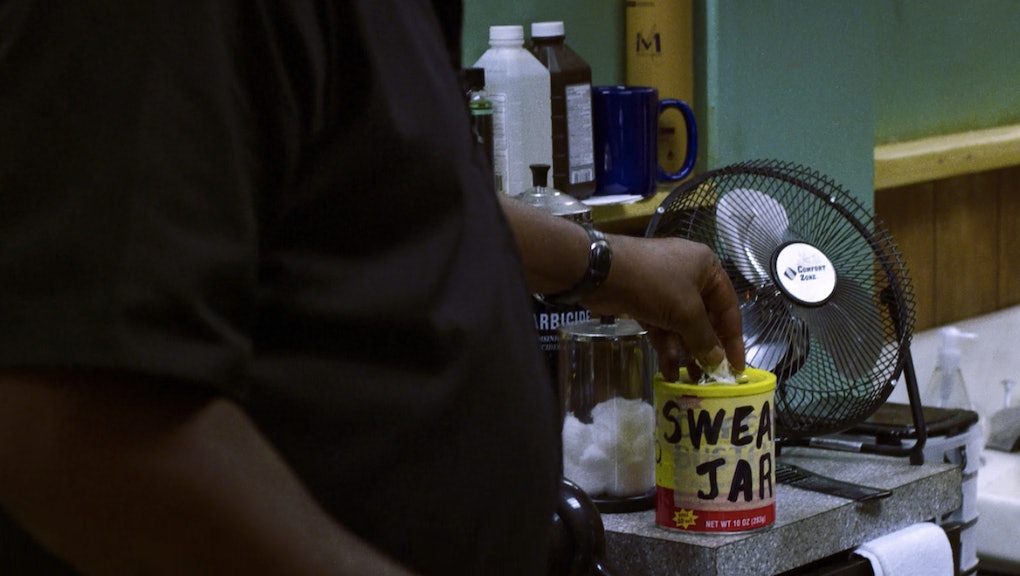 Not since Wet Hot American Summer's can of vegetables has a container held such intrigue in a TV series, but Pop's swear jar in Netflix's Luke Cage has held a particular resonance for the show's audience. The jar is an integral portion of positioning Pop's Barber Shop as the pacifist "Switzerland" of Harlem, a place where talk of crime and violence gets left at the door. To that end, there's no swearing allowed.

If the swear jar seemed too on the nose as a way to demonstrate Pop's peaceful, nonconfrontational demeanor, it could be because it was initially served a more important purpose: It was supposed to help convince Prince to make a cameo on the series.

As Luke Cage's show-runner Cheo Hodari Coker explained on Twitter, he was going to show Prince the first two episodes of the show — in which the swear jar is most prominent — with the hopes that the singer would make a cameo in the finale.

The Prince reference harkens back to the artist's well-documented use of a swear jar at his Paisley Park estate for any foul-mouthed visitors.

"I remember once I was at Paisley Park," Questlove wrote in his farewell essay to Prince, published in Rolling Stone. "By this time, Prince was a Jehovah's Witness, and he didn't stand for cursing. I slipped up. It wasn't anything too major. I think I said 'shit.' Prince had a curse jar; every curse cost a dollar. 'But you're rich,' he said. 'Put in $20.'"

Unfortunately, with Prince's tragic death in April, he never made an appearance on the series. Still, the swear jar remained. Rest assured, Cage will continue to stop crime and potty language in Harlem — for the Purple One and for Pop.