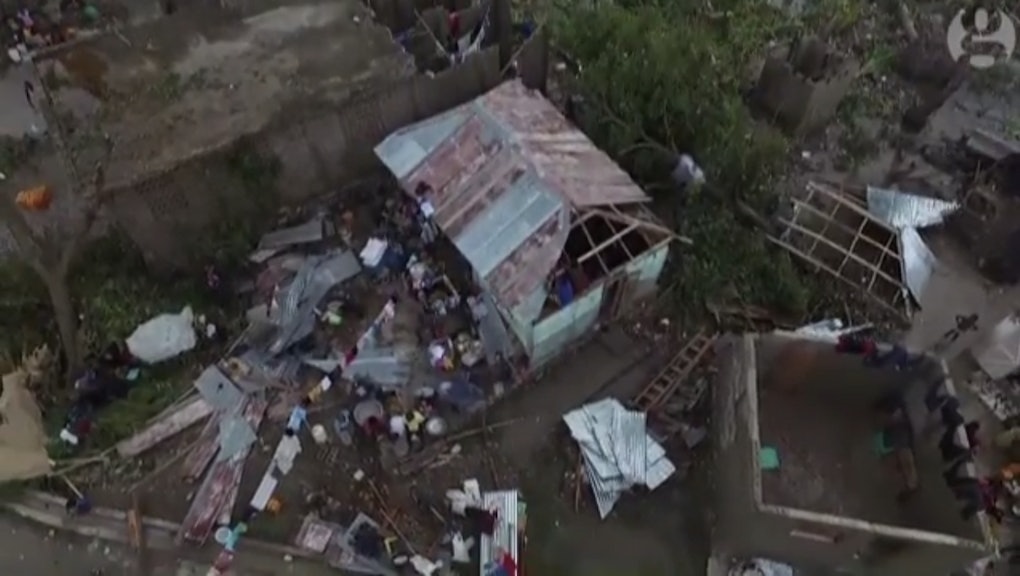 Haunting drone footage of Hurricane Matthew's devastation in Haiti was published by the Guardian Friday morning.

The hurricane hit the small island nation Tuesday, leaving a death toll of more than 800. A reported 80% of the buildings in the southwestern Haitian city of Jeremie were demolished.

Coupled with the rising death toll, there are 27 injuries and three people remain missing, CBS and the Associated Press reported.

Mourad Wahba, United Nations deputy special representative for Haiti, described the hurricane as the "largest humanitarian event" since the small country was largely destroyed by a magnitude 7.0 earthquake in 2010.

Winds of around 150 miles per hour battered swaths of the country. The southern part of the island was hardest hit — BBC reported 30,000 homes were destroyed in Haiti's Sud department.

Supplies of food and water are reportedly running out, and flood waters are impeding rescue efforts, as is the outage of power and phone connectivity.

Overall, the hurricane is expected to impact 28 million people.