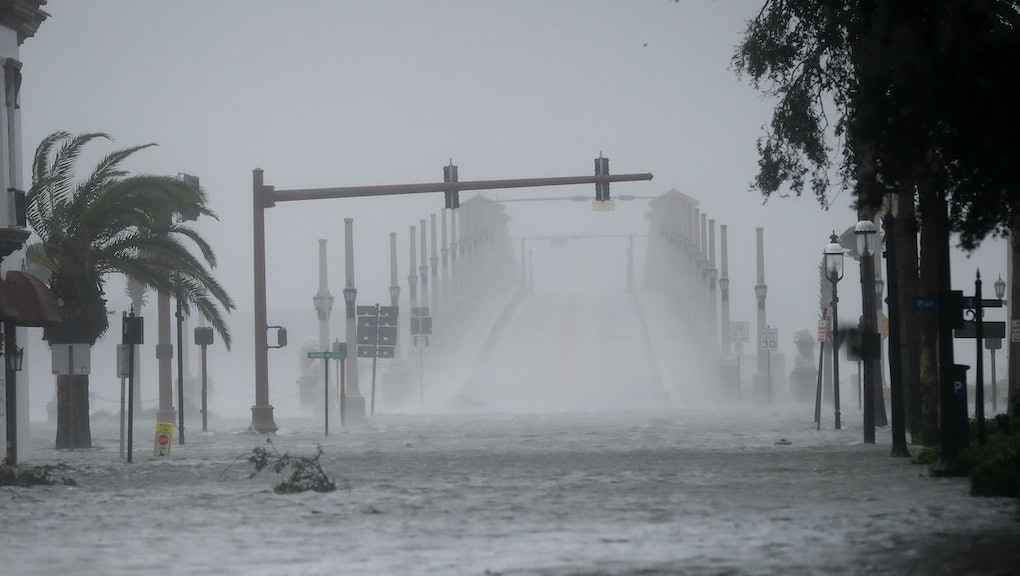 As Hurricane Matthew continues to wreak havoc on Florida, the state's coastal towns are already seeing the effects of flooding caused by the massive storm surge.

One video captured by Action News reporter Russell Colburn reportedly shows a handful of people trapped in a St. Augustine, Florida, bed-and-breakfast as fast-moving water courses through the thoroughfare outside their front door.

Another video posted by Colburn shows waves crashing over the town's sea wall, flooding the grassy patch beside it.

As Matthew continues to ravage the eastern seaboard, more footage of the destruction is likely to emerge in its wake.