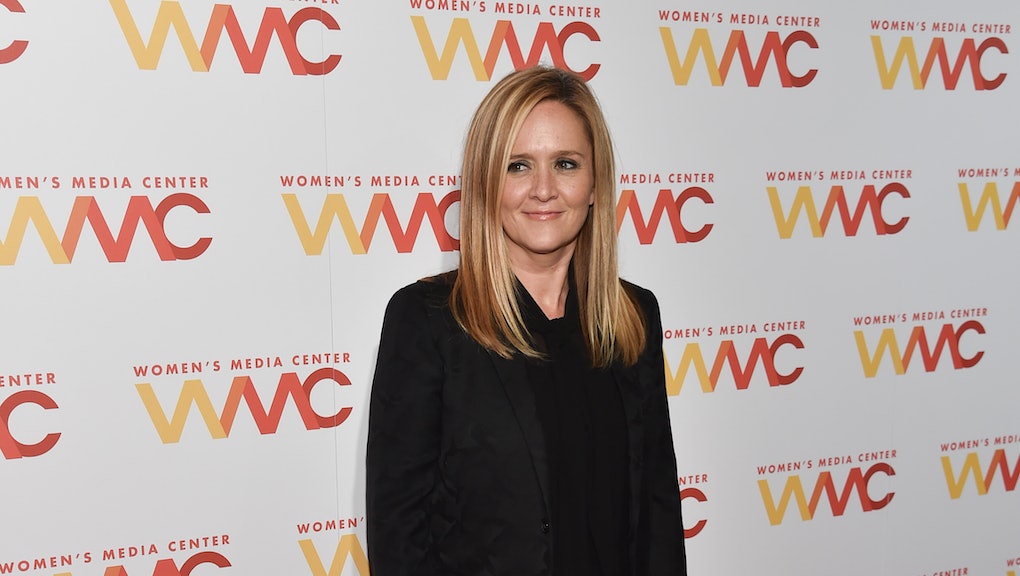 It took Samantha Bee only a couple of hours to weigh in on the leaked tape of Donald Trump making crude, demeaning comments about women — and thank god she did.

Bee took Trump's quickly infamous "grab her by the pussy" comment and ran with it, releasing an alleged "extremely lewd conversation" she had on her own bus. The result is 30 seconds of comic bliss.

"You know what looks really luscious to me?" Bee jokes in the clip. "Balls. Just like to reach up there and grab 'em. ... I have kind of access to men's balls."

It's the kind of pitch-perfect satire Bee has made her name on since starting her TBS show Full Frontal With Samantha Bee. Best of all: She exits the bus at the end of the clip with what's described as a "smug sigh." If there's anything that perfectly encapsulates the Trump tape, it's that.