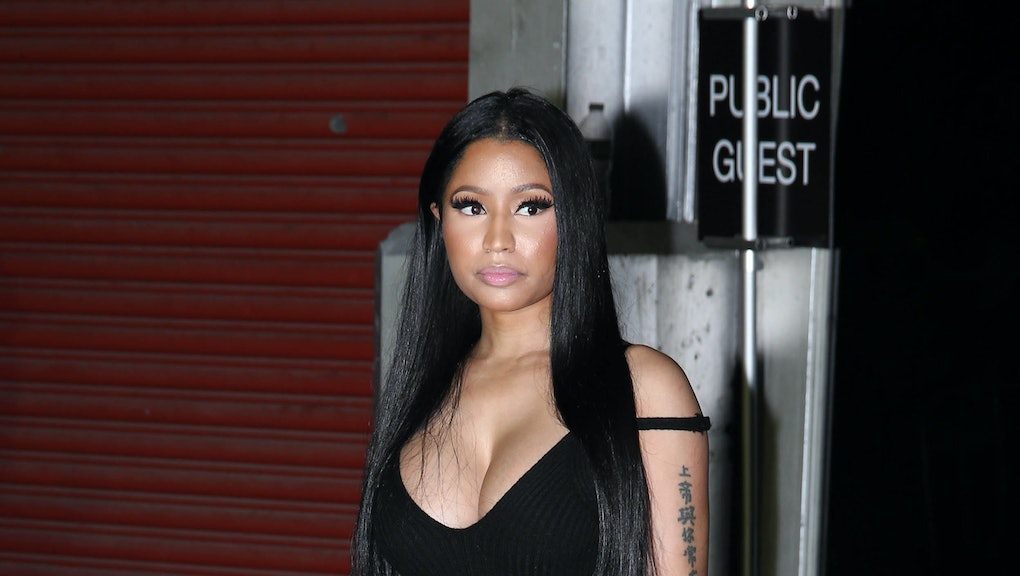 On Saturday night, rapper Nicki Minaj dropped a bombshell on her fans: She may be dropping at new album, Pick My Fruit Out, at midnight.

Minaj, who hasn't released an album since 2014's The Pinkprint, also dropped a tracklist — but many fans think it's just one big joke.

Minaj was also laughing along with fans, tweeting their jokes about Pick My Fruit Out.

The tracklist of the "album" makes it pretty clear the entire concept may be a joke — but it's possible Minaj may be surprise-dropping an album, like Beyoncé and Frank Ocean.