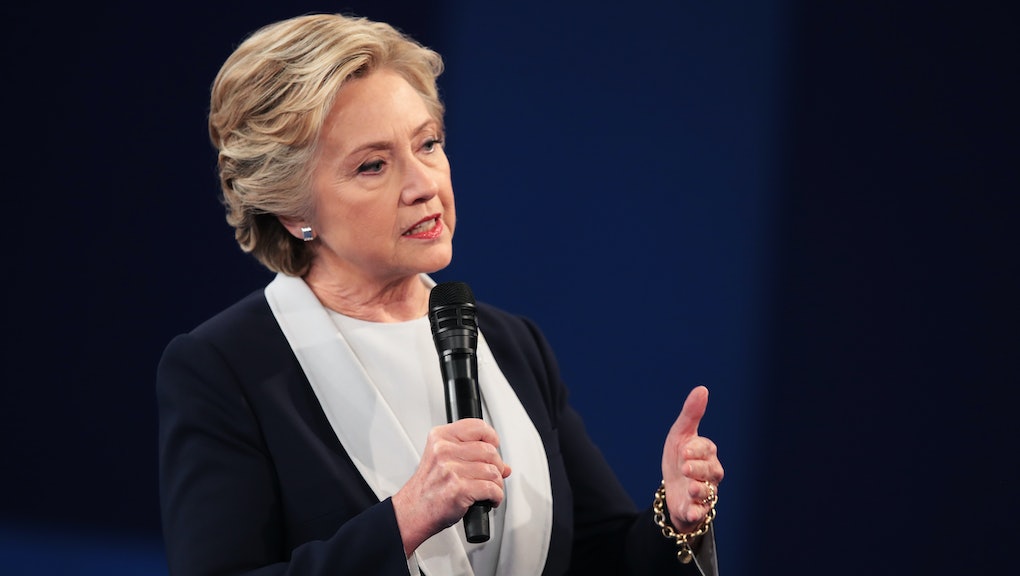 Criticizing women for what they wear or don't wear is still in style, apparently.

They were not happy.

Defending her wardrobe is nothing new for Clinton. Neither is Hillary being held to a double standard.  Several Republican candidates also did not wear American flag pins to their conventions.

A cheap piece of plastic is not the same thing as patriotic spirit. On a night when the two candidates are discussing the issues, that people are talking about flag pins is certainly a sad state of affairs.