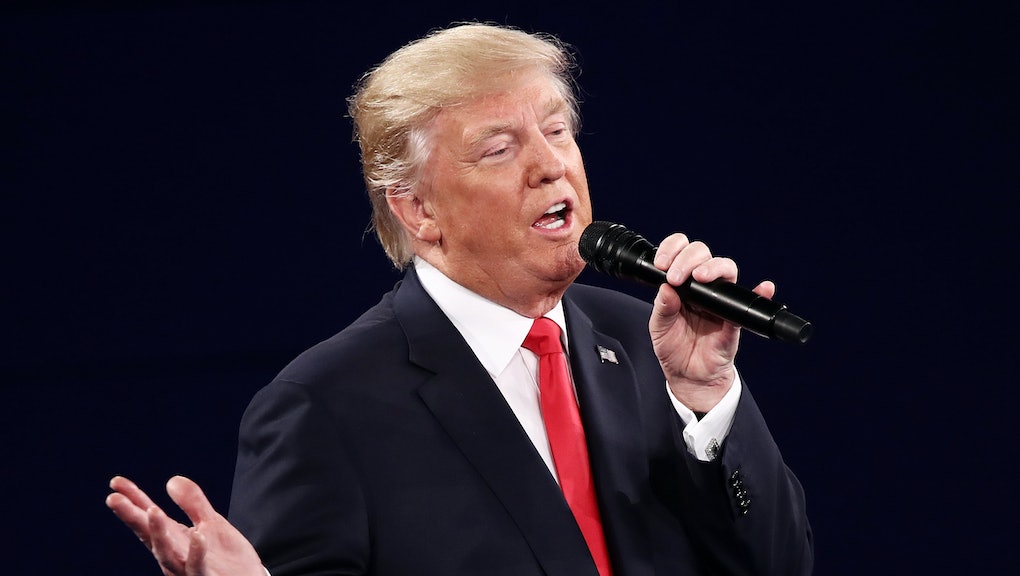 Republican presidential candidate Donald Trump sure has a limited understanding of minority groups in the United States. When asked a question about his devotion to the U.S. population, Trump implicitly suggested all African-Americans live in inner cities — and viewers were enraged.

"My question is, do you believe you can be a devoted president to all the people in the United States?" audience member James Carter, a black man, asked Trump and his opponent, Democratic candidate Hillary Clinton.

At one point in his response, Trump declared he'd be "a president for all of the people" — then launched into some disturbing talk of inner cities, mired in racist stereotypes:

And by the way, Trump's statistics on poverty in inner cities are wrong, too. According to Poverty USA, the poverty rate in metropolitan areas is 15% — lower than the rate of poverty outside metropolitan areas, which is 17%.