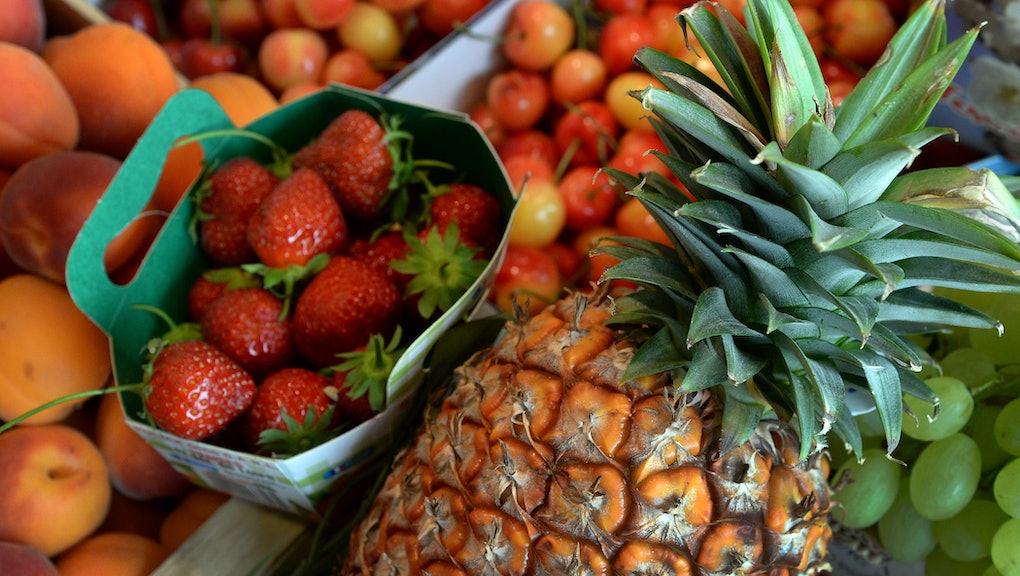 What foods are best to buy organic? Here's a list of products worth investing in.

Grown without pesticides, hormones, antibiotics and artificial fertilizers (none of which sound particularly appetizing to ingest), organic foods are easily the more appealing option when shopping for groceries.

But the cost of organic is often pretty steep. While organic foods don't have any higher nutritional value than their conventionally grown counterparts, the benefits of eating organic produce, dairy, meat and food products are manifold, from protecting the planet to protecting your body from potential health risks, like cancer, caused by ingesting toxic chemicals, antibiotics and hormones.

What exactly is organic food?

The U.S. Department of Agriculture defined organic in April 1995 and sticks with its definition:

"Organic agriculture is an ecological production management system that promotes and enhances biodiversity, biological cycles and soil biological activity. It is based on minimal use of off-farm inputs and on management practices that restore, maintain and enhance ecological harmony ... The primary goal of organic agriculture is to optimize the health and productivity of interdependent communities of soil life, plants, animals and people."

While optimizing health and productivity is certainly important and the environmental impacts of our food choices effect us on a greater scope of public health, eating all organic all of the time is unaffordable for many who don't have the resources to splurge on pricey organic fruits every week.

But outside of that 15, if you can't grow an organic garden in your back yard, pare down your grocery budget by focusing on buying these foods organically.

More than 98% of apples, peaches and nectarines that the EWG tested had at least one type of pesticide residue on them. Especially because you're eating the skins of these fruits, it's important to buy them organic to not ingest pesticides, which are indeed toxic (they're made to kill bugs) and have been linked to cancer, hormone disruption, brain and nervous system toxicity and skin, eye and lung irritation.

The EWG found that the average potato "had more pesticides by weight than any other produce." If potatoes are grown in soil fertilized with pesticides, it's easy to see how the potatoes will absorb these chemicals. Go organic with your potatoes!

More than 98% of strawberries had pesticide residue with single samples of strawberries showing over 17 different pesticides — on one strawberry! Strawberries are the first item on the EWG's Dirty Dozen list, making them pretty much the one fruit you should absolutely always buy organic if you're going to eat strawberries.

The EWG found 15 pesticides on a single grape sample. Think of the size of a grape. That's not great.

Thanks to their large surface area, leafy greens can easily contain many pesticides on their leaves. They also have "particularly toxic pesticides" including organophosphate and carbamate insecticides, which are not found on other produce. Get that kale, spinach and lettuce organic! If you can't afford to eat organic greens, the EWG recommends at least cooking your conventional greens to minimize the toxic chemicals.

"I encourage my patients to think about prioritizing organic meats, dairy and eggs before organic produce and other products," Kelly Hogan, a registered dietitian and clinical nutrition coordinator at the Dubin Breast Center of the Tisch Cancer Institute at Mount Sinai Hospital told Mic in an email. Cows are given growth hormones like BGH, rBGH, rBST to "increase milk production in dairy cows or speed up and increase the size of cows that will go to slaughter for beef," Hogan explained. She continued:

The greatest concern here is that the milk from cows treated with growth hormones contains higher levels of a hormone called 'insulin-like growth factor 1 (IGF-1),' which increases cell growth. Studies are somewhat inconclusive about how much of this IGF-1 we humans absorb when drinking this milk, but higher levels IGF-1 is linked to certain cancers, including breast cancers.

Opt for organic dairy, which is raised without hormones.

"Antibiotics cannot be given to organically raised chickens, but are quite prevalent in conventionally raised chickens, which can be preserved in the chicken we eat at the dinner table," Hogan said. Ingesting antibiotics via poultry can lead to antibiotic resistance, which is "a real problem." Hogan advocates for limiting sources that will cause antibiotic resistance, primarily by opting for organic poultry and eggs and avoiding hormone-treated chicken products. She also noted that conventional chicken may be injected with salt or preservatives before packaging to "preserve freshness and prevent dryness," which is also not great for your health.

It's important to note that while many small farms raise produce and livestock with organic methods, they cannot afford official government organic certification. Stop by your local farmer market or sign up for a CSA to purchase organic products that may be cheaper than supermarket options.