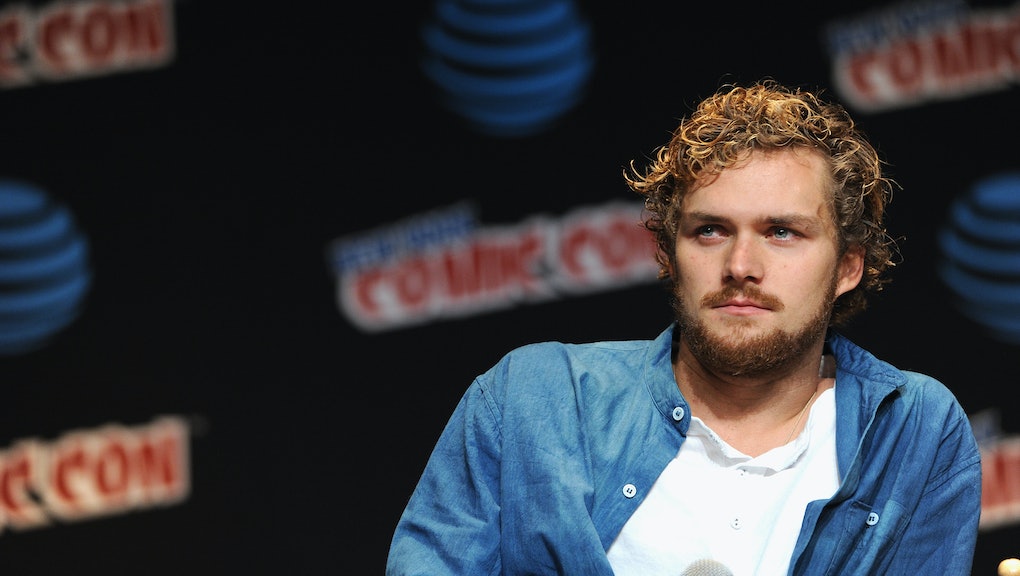 The trailer for Marvel's latest Netflix show Iron Fist debuted over the weekend and left many scratching their heads and asking "why isn't this character Asian?"

As one Twitter user pointed out, Asian Americans would love to see a superhero that reflects them, especially one whose entire story centers on Asian martial arts.

In the comics, Iron Fist's real name is Danny Rand, and he's white, not Asian. Following the death of his parents during an expedition in the Himalayas to find a mystical city called K'un-Lun, Rand is taken in, raised and trained by K'un-Lun's residents. There, he's gifted with the mystical power of an iron fist. He then becomes the 66th Iron Fist — and the first white one.

As Hitfix pointed out, the character, created in 1974, is a classic racist trope: "an ostensibly Asian — and alien — culture gifts a white boy with power."

"Other than the standard operating procedure of defaulting stories to being about straight white men, there is no reason for Danny Rand to be white," the piece continues. "But lots of reasons for him not to be."

Actor Lewis Tan tweeted that he "would have loved to" play Danny, but that he gave his all into playing Zhou Chong, the series' villain.

Tan previously told His Style Diary that he'd love to be the "hero, the love interest character" in film but that Hollywood isn't "comfortable" seeing Asian actors in these roles.

And while some might argue that casting an Asian actor goes against canon, the reality is that adaptations go against canon all the time.

"Canon is subjective. No movie adaptation of anything has ever been 100 percent faithful," Nerds of Color founder Kevin Chow said to Vulture in an interview. "There are always liberties taken when adapting anything. Even Deadpool hasn't done that. Everyone loves Deadpool, but there are so many versions of the character in the comics already. Like, which one is considered canon?"

Chow first asked Marvel to cast an Asian actor to play Iron Fist on Nerds of Color in 2014, which led to a petition to Marvel on Asian-American petitioning site 18 Million Rising.

The show's trailer debuted in the middle of a larger media-wide conversation about Asian representation in films and TV. In April, images circulated of Scarlett Johansson starring in an Asian role in the new film Ghost in the Shell. Reports also circulated that producers tested technology to make Johansson look East Asian.

After the trailer for The Great Wall dropped in July, Fresh off the Boat actress Constance Wu tweeted that Asian heroes "don't look like Matt Damon" and called out the racist attitudes that stop Asians from being the center of their own stories.

At the September Emmys ceremony, Master of None creator Alan Yang said that "we have a long way to go" when it comes to Asian representation — and called on more Asians to write and tell their own stories.

If all this isn't convincing enough to say that Iron Fist was a real opportunity to make an Asian character the lead in a superhero property, there's always this: It'd be an active sign of wanting to combat racism, as comic writer Marjorie Liu pointed out in February.

"Iron Fist is an orientalist-white-man-yellow-fever narrative," she said. "Asian actor would have helped subvert that offensive trope, and reclaim space."