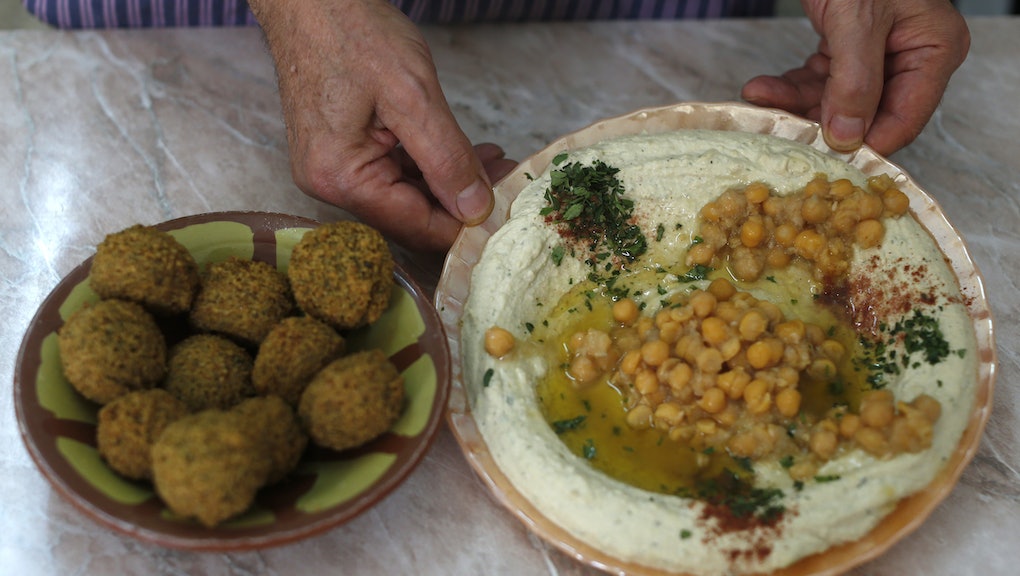 Columbus Day is a highly-criticized holiday on the U.S. calendar. It honors Christopher Columbus, an Italian sailor who did some pretty horrible things to people in America who had been settled on the land long before the Santa Maria made it to shore.

To add insult to injury, Columbus exhibited some bad behavior while claiming to have "discovered" the Americas, a country that happened to be around for years before the dude decided jumped on a boat. And so, Columbus is often described as someone who exploited rather than explored and discovered.

Over time, Columbus' actions and what he represents gave birth to the term "Columbusing," which according to NPR, is acting like you "discovered" something that has actually existed for years. "[...] it's existed outside your own culture, nationality, race or even, say, your neighborhood. Bonus points if you tell all your friends about it," NPR said.

This act of Columbusing is different from cultural appropriation, which the Oxford Dictionary defines as the "action of taking something for one's own use." While this is often without permission, there usually isn't an element of "discovery."

While people rarely go out and pretend to have discovered an entire nation these days, modern day Columbusing often occurs around food. Many, namely white Americans, have acted as if they are the first person to stumble upon a dish or recipe, when in truth, the food has been celebrated by a different culture for thousands of years.

Hungry for some examples on this special day? Below, nine Columbused foods to eat on Columbus Day:

This chickpea dip and spread has graced the tables of a number of Middle Eastern cultures since pretty much the beginning of time, but that hasn't stopped people from touting it as the next great health food with no acknowledgement of its origins.

The grain-like seed has long been a diet staple of those who live in the Andean regions of countries like Peru, Bolivia and Ecuador. And yet, once health fanatics "discovered" quinoa and its benefits, Andean residents were no longer able to afford one of their most go-to foods, the New York Times noted.

You'll find turmeric milk, or "golden mylk" as all the hip devotees like to call it, in pricey cafes nationwide. The drink was even crowned the Guardian's "2016 drink of choice." But here's the thing, turmeric milk, or "haldi doodh," has a long history as a remedy for many ailments in South Asian culture — long before  your local juice bar put it on the menu.

The "chopped cheese" is a staple of bodegas in New York City's Harlem neighborhood. It features grilled ground beef, peppers, onions and cheese slices and is a popular and affordable way (it's usually priced around $4) for people in the neighborhood to feed themselves. The sandwich was recently at the center of a viral Insider video that claimed that most New Yorkers didn't even know it existed, even though it's a well known dish in many neighborhoods, Mic previously reported. The sandwich is also now getting the gussied up chef treatment and will be served at a hip new restaurant in New York City for $15 a pop.

Kale, the ultimate leafy green and health food that spurred entire salad bar movements and corresponding tote bags, is not an American invention as many would like to believe. In fact, according to Latina, kale is an essential vegetable in Brazilian cuisine. The magazine also noted that "African-Americans have been eating kale ... well, basically forever."

Speaking of things that African-Americans have been eating forever, let's talk about collard greens. When Whole Foods tweeted out a photo of collards topped with peanuts and dried cranberries in January, stating that if you aren't already cooking the greens, you should be, Black Twitter was not happy. Critics said that Whole Foods failed to acknowledge that collards have long been a staple in African-American diets and rarely do people top them with peanuts and dried cranberries, the Atlantic noted.

Bon Appétit found itself in hot water in September when it published a video about pho, the popular Vietnamese rice noodle soup. The video marginalized pho as the "new ramen" and not something that could stand on its own. It also featured a white chef instructing viewers how to eat pho, something many Asian readers took issue with, Mic previously reported.

You can get matcha-flavored anything these days, from croissants to ice cream. The green tea is celebrated in the U.S. for its health benefits, but most fail to acknowledge that matcha has been used for centuries in Japanese tea ceremonies, and isn't just the latest trendy ingredient, the Wall Street Journal noted.