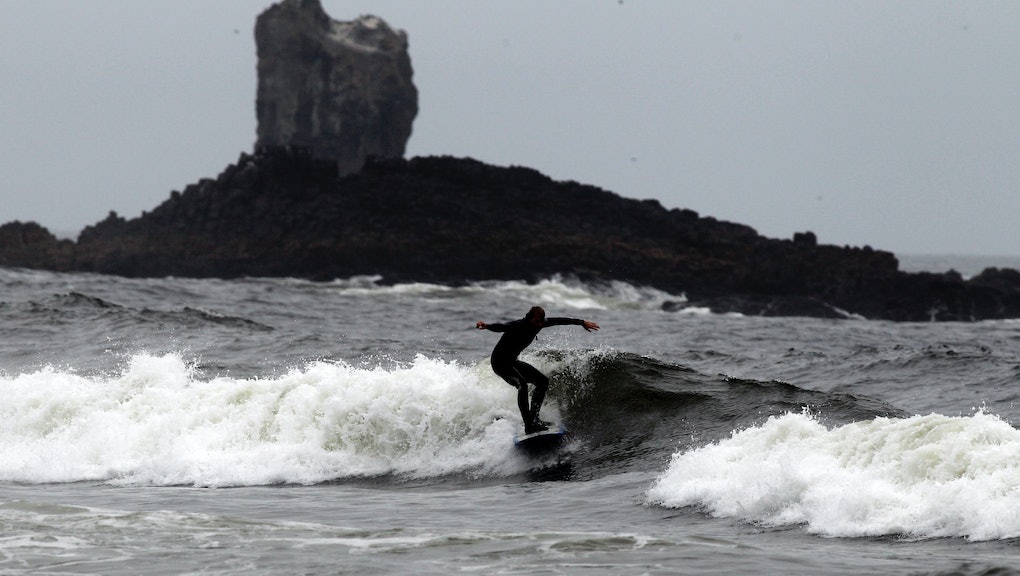 Oregon Shark Attack 2016: Statistics show just how rare attacks are in the US

On Monday, 29-year-old Joseph Tanner was surfing at Indian Beach, Oregon, when a shark bit him on the upper thigh and lower leg. Tanner was immediately airlifted to a hospital in Portland where he was treated for "serious" injuries, according to NBC News.

This news, coupled with the summer release of Blake Lively's shark attack thriller The Shallows, isn't exactly good PR for the generally feared sea creature. But even so, chances are extremely slim you'll ever fall victim to a shark attack.

Shark attack statistics in the U.S.

Statistics from Oceana indicate the likelihood of someone getting attacked by a shark is 1 in 11.5 million. Being killed by a shark is even less likely — the odds are close to 0 in 264.1 million.

"The real threat is humans," the site states. "For every one human killed by a shark, there are approximately 25 million sharks killed by humans."

Between 2006 and 2010, there were a total of 179 shark attacks in the U.S., according to Oceana, which might seem like 179 too many. But when taking into account the millions of beachgoers every year, the number becomes virtually negligible.

Nonetheless, experts say they expect the number of shark attacks to increase. It's not the fault of sharks, though — it's global warming's doing. All to say, we only have ourselves to blame.

Florida Program for Shark Research director George Burgess told CNN in June that since climate change has made the ocean temperature warmer, people have been hitting the beach earlier in the season. The more people in the water, the more likely it is someone will encounter a shark.

Shark expert Ralph Collier agreed, telling CNN, "The idea that shark attacks could go up this year then, that's a given!"

Even so, National Geographic says you're still more likely to be injured by toilets or room fresheners.

The odds are still in your favor.