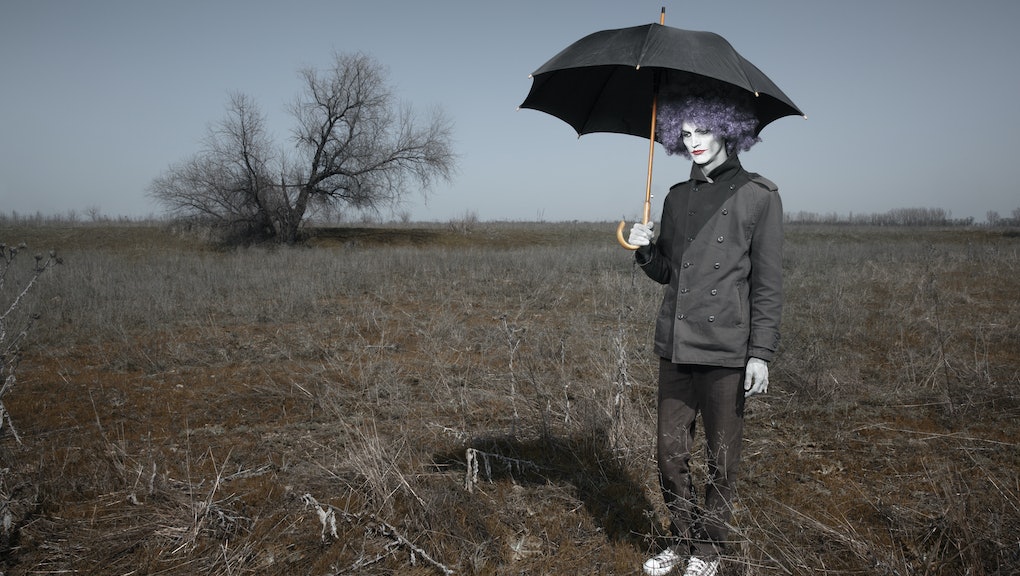 Clown sightings 2016: Here's what real clowns are saying about the "killer clown" hoax

Enough with the damn clown panic.

So says It author Stephen King — who, having helped to seed the whole "killer clown" fear in the country's collective consciousness, should know — and so say real, non-killer clowns.

"Hey guys," King tweeted in early October. "Time to cool the clown hysteria — most of 'em are good, cheer up the kiddies, make people laugh."

But King is onto something: While reports of people dressed as clowns terrorizing people across the United States and in the United Kingdom have been in and out of the news cycle since August, none of the clowns have gone full Pennywise on anyone. That said, some were spotted armed with appropriately terrifying weapons: In New York, a knife-wielding "jerk in clown makeup," as New York magazine put it, chased a teen out of a subway. And a clown recently sighted at a London university was said to have been toting a chainsaw.

The epicenter of Clown Panic 2016 is Greenville, South Carolina, where authorities began receiving reports of clowns lurking in the woods around a particular apartment complex in August. Their aim, apparently, was to lure children into those woods — according to BuzzFeed News, one woman filed a report with the sheriff after her son said he had "seen clowns in the woods whispering and making strange noises."

From there, the issue became a national obsession, even making its way into the White House press room. After nearly two months, one might think the joke — because the whole thing is probably a joke — would have run its course.

But one would be wrong: On Sunday, a witness in Manchester, England, told the Manchester Evening News that a clown duo armed with a machete approached his car. He posted a photo of the incident to Facebook.

But so far, the only death to result from this bizarre phenomenon was a 16-year old boy who, in late September, was stabbed to death in Pennsylvania because he was wearing a clown mask. Which is to say, the only casualties of the clown infestation have been clowns.

That's why the clown community is hitting back. In Tucson, Arizona, local clowns have organized a "Clown Lives Matter" — yeah, they went there — protest set for Oct. 15.

"We want the public to feel safe and not be afraid, so come out, bring the family, meet a clown and get a hug," reads a flyer for the event, according to the Arizona Daily Star, which warned concerned citizens not to freak out when they encountered swarming hordes of clowns blocking their way to the supermarket or whatever.

But at the heart of the demonstration is a request for all these imitation clowns to stop scaring the pants off the populace, because doing so is threatening the livelihood of many legitimate, well-intentioned clowns.

"This is nothing to do with clowning, it's to do with people hijacking a costume and for some sinister reason trying to scare people," Rob Bowker, spokesman for the U.K.-based Clowns International, the world's oldest clown club, told the Guardian. These terrifying imposters, Bowker said, are "undoing a lot of good."

"My fear is that hospitals will say, 'Oh, we can't have clowns in because the children are getting scared,' or stuff like that," he continued. "And then all that work that's been done over the years will be undone."

Then, there's the potential risk that, as happened in Pennsylvania, a person in clown garb could be perceived as an imminent threat and knifed on the sidewalk. Either way, the "clown hysteria," in King's words, has a very real downside.

That downside was driven home in a Time op-ed penned by one Violent J of Insane Clown Posse:

These clowns threaten the very fabric on which our nation was supposedly founded upon — and for some f—ing crazy-a– reason, they're getting away with it. From keystone-cop clowns shooting unarmed citizens, to racist clowns burning down Islamic centers or clowns in the NSA spying on us through our cell phones and laptops, America has turned into something far more terrifying than Insane Clown Posse's Dark Carnival.

So, instead of spending your energy fretting over the odds of death-by-clown, perhaps you can use that brainpower to ponder, say, the many miracles that surround us in life. Let friendly clowns Violent J and Shaggy 2 Dope be your guides.