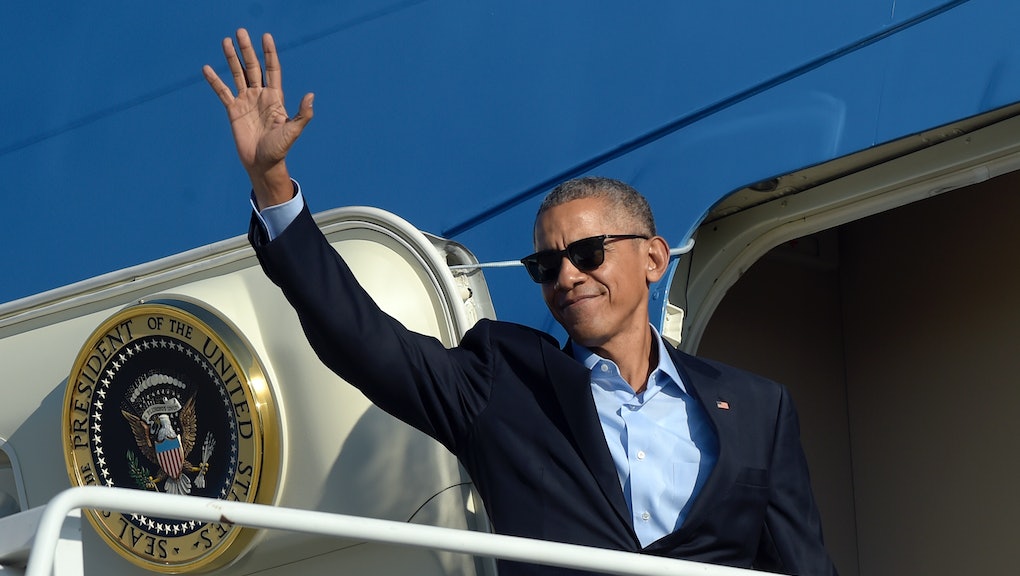 Barack Obama, in his last few months as president of the United States, just published a CNN op-ed covering a modern science power play: putting humans on Mars by the 2030s.

Spelled out in the kind of patriotic go-get-'em hype fit for an Independence Day sequel, Obama wrote that, with the collaboration between NASA and private space agencies like Elon Musk's SpaceX and Jeff Bezos' Blue Origin, the U.S. will achieve the ultimate goal of putting American boots on Martian soil. And thanks to private agencies sending astronauts up to the International Space Station in the next two years, "we're already well on our way," he wrote.

Obama's editorial talks about building habitats for spending long periods in space — a vital part of the Mars mission, which NASA tested with a year-long experiment in an isolated part of Hawaii. He talks about the thousands of engineers graduating from school every year, the thousands of STEM teachers he wants trained in the future and how vital it is to get students of today, who he calls the "Mars generation," prepared for the future.

"If we make our leadership in space even stronger in this century than it was in the last, we won't just benefit from related advances in energy, medicine, agriculture and artificial intelligence, we'll benefit from a better understanding of our environment and ourselves," Obama wrote.

Of course, there are going to be hurdles to overcome. Getting to Mars is hard, since it's further than we've ever gone, requiring bigger, better and more advanced technology. It's potentially hazardous to human physiology, since studies have found that long periods in space can cause bone loss and muscle wasting, as well as a dementia-like phenomenon called "space brain." And formerly auspicious-seeming new players have fallen short along the way, as with the failed Mars One program.

When you take into account how bad things look on Earth right now, it can be hard to imagine we'll have the focus, even as an international community, to get off our own blue marble.

But it's a good sign for science when you have the nation's 44th president hopping on CNN to write an optimistic and inspiring letter about how the U.S. will continue to make its way in outer space. And in doing so, showing us how we can learn more about not just the universe, but Earth itself.

"Instead of eagerly awaiting the return of our intrepid explorers, we'll know that because of the choices we make now, they've gone to space not just to visit, but to stay," Obama wrote, "and in doing so, to make our lives better here on Earth."