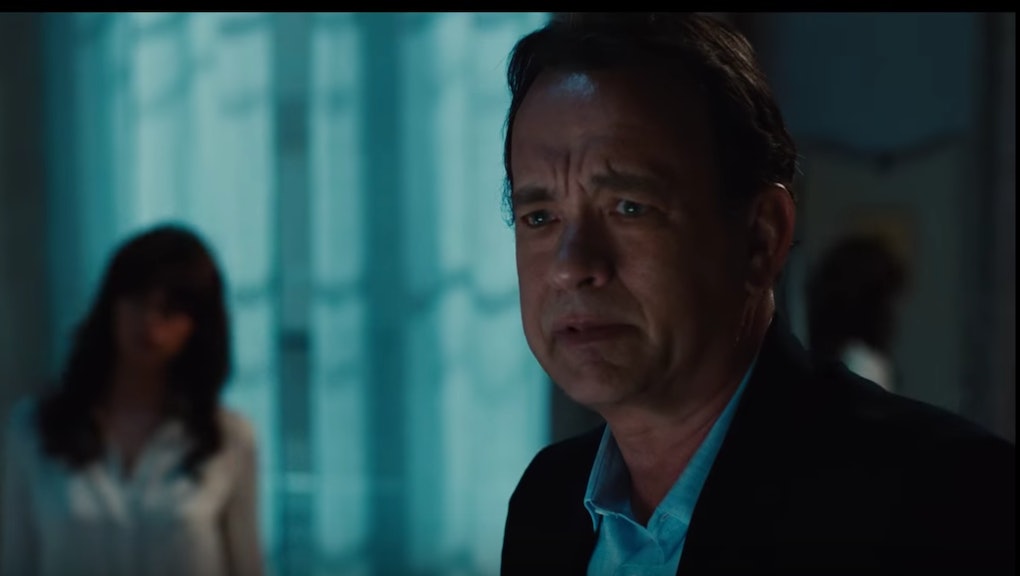 Just when you thought Tom Hanks would never reprise his role as Robert Langdon in another Dan Brown adaptation, along came the trailer for the third movie in The Da Vinci Code franchise: Inferno. The film — which comes out Oct. 28 — takes its premise from Brown's book of the same name.

In it, Langdon awakens from mild amnesia — odd! — and discovers a virus-led plot to whittle down the Earth's population, in the same guise as the seven layers of hell in Dante's Inferno. Obviously, like in its predecessors, Langdon's the only man who can crack the case and save the world.

The twist here, as evidenced by the trailer, is that whatever happened during Langdon's amnesia, he was inadvertently part of the apocalyptic plot.

Unfortunately, Inferno's early reviews have garnered the same amount of critical praise as the first two films in the franchise. In other words: They're not good. Inferno currently holds a 31% "rotten" rating on reviews aggregator Rotten Tomatoes, with the latest film falling victim to the same mistakes as the first two. Ultimately, it takes itself too seriously for what can be construed as a silly premise.

"Inferno has very little to recommend, its crushing dullness not even alleviated by laughable silliness," Jason Solomons wrote for the Wrap. "I kept hoping a Wayans brother would pop in and signal it was all one big genre parody, and when you're fervently wishing for a Wayans, you know you're in trouble."

However, as the Ringer's Sam Donsky eloquently described in a (sort of) defense of the franchise, its antics are still enough for some viewers to return to. So if the other film's were enjoyable, you'll probably like Inferno.

"Occasionally fancy vocabulary aside, these movies are total fucking nonsense," he writes. "I mean it. We're talking Indiana Jones without a sense of humor. National Treasure without the cocaine. The Matrix but without the Matrix and both pills just take you to some dank office at Harvard. The Da Vinci Code universe should be wearing a big neon sign that says 'DON'T EVEN WORRY ABOUT IT.' Don't even worry about it! These are not serious endeavors."

Inferno arrives to U.S. theaters Oct. 28. Watch the trailer below.