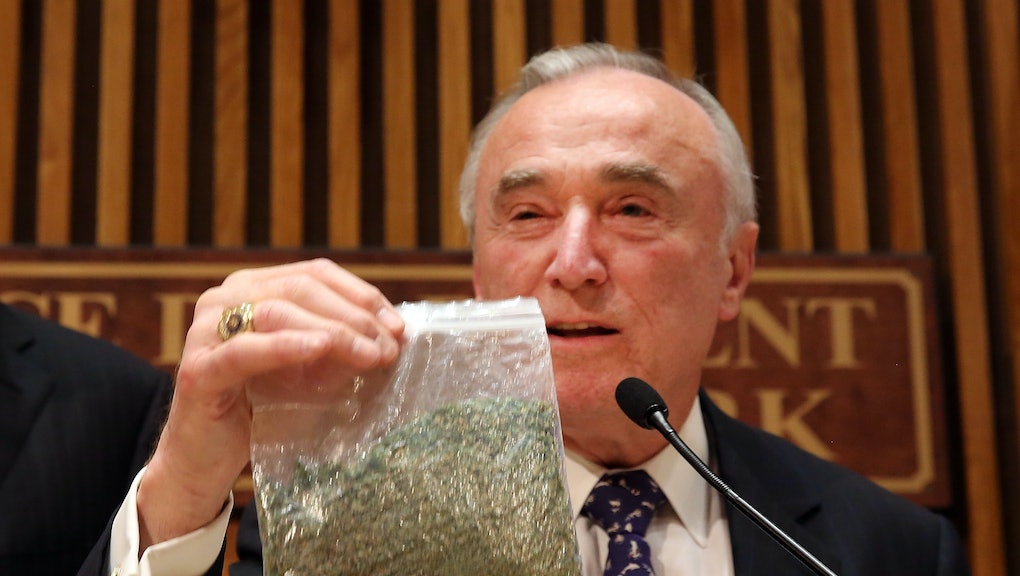 A Human Rights Watch report released Wednesday revealed an alarming fact: In 2015, there were more arrests in the United States for marijuana possession than for all violent crimes put together.

The report found that, in 2015, there were more than 574,000 arrests for marijuana possession — at least 68,319 more than there were for murder, non-negligent manslaughter, rape, robbery and aggravated assault combined.

Presently, at least 137,000 men and women are incarcerated for drug possession — a number that ebbs and flows as thousands more people are arrested daily, literally at a rate of one drug arrest every 25 seconds.

"It's been 45 years since the war on drugs was declared and it hasn't been a success," Tess Borden, lead study author, told the Washington Post. "Rates of drug use are not down. Drug dependency has not stopped. Every 25 seconds we're arresting someone for drug use."

What's more troubling is the disparity between drug arrests of black versus white Americans. Data in the past year suggests that both groups "use illicit drugs other than marijuana at the same rates and that they use marijuana at similar rates," the report said. "Yet around the country, black adults are more than two-and-a-half times as likely as white adults to be arrested for drug possession."

In 2014, though black adults only accounted for 14% of actual drug users, they made up roughly a third of those arrested.

"We can't talk about race and policing in this country without talking about the No. 1 arrest offense," Borden told the Post.

The study found that in some states like Texas and Louisiana, prosecutors working on drug possession cases often sought the highest charges possible against the defendant. Last year, more than 78% of people thrown in jail for felony drug possession had less than a gram of a controlled substance.

What's more, in cases where the offender has previous drug charges, some states have a "habitual offender" law that allows prosecutors to pursue harsher sentencing. In Louisiana, Corey Ladd was given a 17-year sentence for possessing a half ounce of marijuana, a sentence exacerbated by his two previous drug charges.

"Corey's story is about the real waste of human lives, let alone taxpayer money, of arrest and incarceration for personal drug use," Borden told the Post. "He could be making money and providing for his family."

Currently, there are 116 people in Texas prisons serving life sentences for drug possession — and at least seven of those sentences are for possession of less than four grams.

During a series of interviews HRW conducted with incarcerated men and women around the country, the group spoke with Jerry Bennett of New Orleans, who took a plea deal of two and a half years in jail, down from what could have been a couple decades. His crime: possession of half a gram of marijuana.

"They spooked me out by saying, 'You gotta take this or you'll get that'," he HRW team. "I'm just worried about the time. Imagine me in here for 20 years. They got people that kill people. And they put you up here for half a gram of weed."