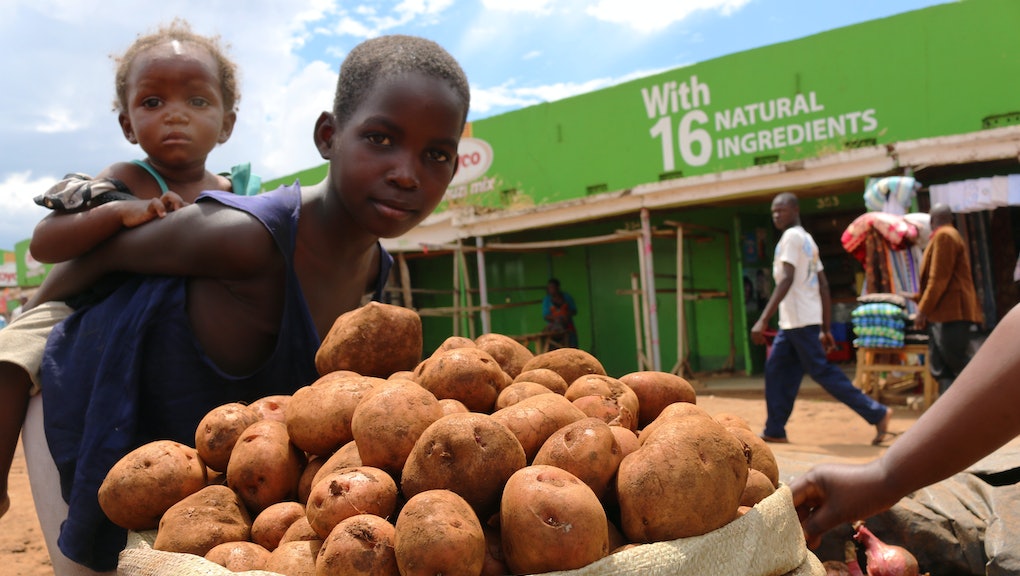 Kale has nothing on a certain modern day superfood —  a sweet potato that just won what is essentially the "Nobel Prize" of the food and agriculture world.

This isn't your average spud — the orange-fleshed sweet potato is biofortified, meaning it contains a megadose of vitamin A, which could be lifesaving for individuals who are deficient in the nutrient.

On Thursday, three scientists from the International Potato Center earned the prestigious World Food Prize for their work on the orange-fleshed sweet potato. Howarth Bouis, the founder of HarvestPlus, an organization that works to spread the use of biofortified crops worldwide, also won the award this year.

The World Food Prize is awarded to individuals who work to promote global food security and to alleviate world hunger; it carries a similar level of international renown in the world of food and agriculture to that of the Nobel Prize.

The biofortified potato can provide enough beta-carotene to prevent a child from blindness, a press release from the International Potato Center noted. Roughly 250,000 to 500,000 children go blind from vitamin A deficiency (VAD) each year, and roughly half of those children die within 12 months of developing blindness, according to the World Health Organization's website, which also notes that VAD is a public health problem in many countries in Africa and southeast Asia.

In other words: a superpowered potato that can stave off blindness is a big effing deal. The food is currently the fourth most important food staple in Uganda, U.S. Aid noted. Roughly 44% of Ugandan farmers grow it.

Andrade and Mwanga, two plant breeders, expanded breeding programs in Mozambique and Uganda, as well as 10 other African countries.

PSA: Biofortified does not mean GMO

No, the fact that the potato is "biofortified" does not mean that it has been genetically modified. Biofortification uses conventional plant-breeding techniques to create a staple food crop that is rich in vitamins and minerals, Bouis, the founder of HarvestPlus, said in an email.

"The staple food crops targeted for biofortification are consumed regularly by populations in largely rural, remote areas in developing countries where micronutrient supplements and fortified foods are not adequately accessible or are deemed too costly," Bouis said.

The biofortified, orange-fleshed sweet potato stands in stark contrast to "golden rice," a yellow-hued, genetically modified rice that promised to help malnourished communities by alleviating VAD. The golden rice was the subject of a Time article in 2000 called "This Rice Could Save a Million Kids a Year," yet it's 2016 and the GMO rice has yet to live up to its alleged potential.

Field trials revealed that golden rice crops had low yields, Mother Jones reported, noting that vitamin A deficiencies improved in the Philippines without the use of golden rice.

Golden rice failed to save a million kids a year after garnering hype 16 years ago. Conventionally bred, biofortified crops from HarvestPlus (including the orange-fleshed sweet potato, maize and cassava) have helped an estimated 10 million individuals.