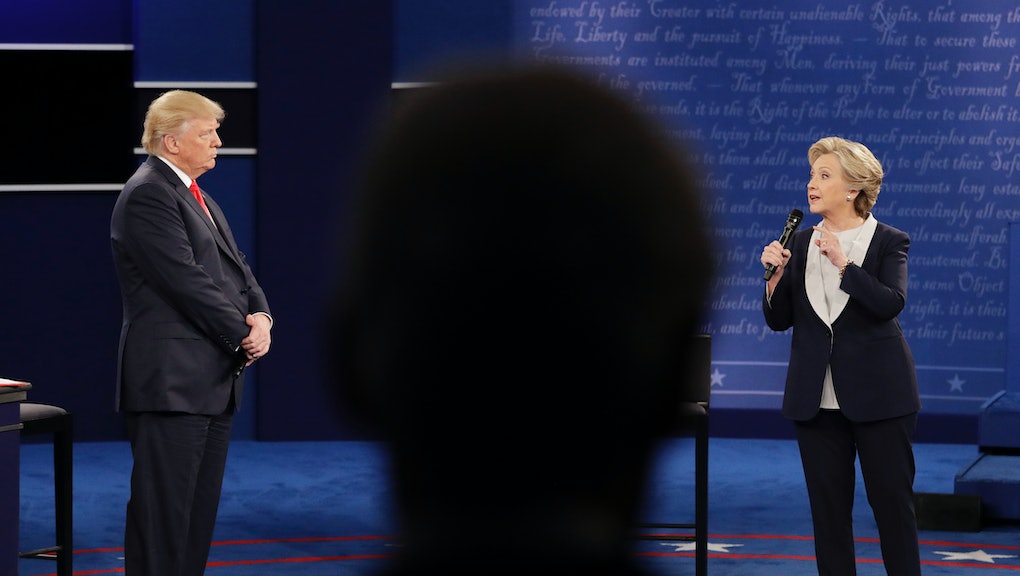 Some people love to say that it doesn't matter who is elected president.

There's a nugget of truth to that assertion: The U.S. constitution limits power by imposing checks and balances on the executive, legislative and judicial branches of government. The goal is to distribute power across the government and prevent any one branch from going rogue.

For example, the "power of the purse" belongs not to the president, but to members of Congress, who approve the U.S. budget. The White House releases its own budget each year, but it's essentially just a wish-list. Whatever funding the president wants must get past legislators.

But let's be real: Despite the checks on the three branches of government, it matters a great deal who gets elected president.

For one, there are plenty of presidential powers that are not checked by Congress. In fact, President Barack Obama has expanded use of such executive powers during his tenure, furthering a thirty-year trend of growing influence by U.S. presidents.

One famous example is the Obama administration's decision to not defend the Defense of Marriage Act preventing same-sex marriage: Enforcing laws passed by Congress is supposed to be one of the president's duties, though Obama's White House argued DOMA was unconstitutional in the first place.

"The president has a lot of discretion in respects to law enforcement and can basically decide not to enforce certain laws and let them languish," Simon told Mic in a phone interview.

If this doesn't sound like a big deal, remember: While you might be fine with a president who chooses not to enforce laws preventing same-sex marriage — or limiting marijuana use — you certainly might want your leader to enforce other laws, like those preventing torture and protecting whistleblowers.

Here are three more scary things a president can do all on his — or her — own.

Technically, a president can't declare war without Congress' permission, but as commander in chief of the U.S. armed forces, presidents have a lot of wiggle room: Every officer in every branch of the military ultimately reports to the president.

Indeed, the president has autonomy to decide, for instance, where soldiers get stationed and what they should do when they get there. Thus in Vietnam and Korea, American presidents were able to send U.S. troops into battle "without an official war declaration" — though the 1973 War Powers Act added provisions requiring the president to report to Congress after deploying forces.

"When it comes to the war powers, the constitution gives Congress the power to declare war, but presidents have, in fact, committed the American military to many hostile actions all over the world without getting Congress' approval," Simon said. "Recently, President Obama committed some military personnel to Libya without Congress' approval, for example."

That's a good reason to pay close attention to the way the presidential candidates have talked about war in the past.

Democratic presidential nominee Hillary Clinton has developed a reputation for being hawkish as secretary of state: She has championed military intervention of some form or another in Libya and Syria, for instance.

Then there is Republican presidential nominee Donald Trump, who also has a long history of expressing pro-war sentiments, who has also spoken lightly about a Clinton assassination, and who has said he wants to prevent Muslims from entering the country.

Another area in which the president can act nearly unilaterally is trade.

As University of Michigan economist Justin Wolfers has noted, while it's technically Congress's job to "regulate commerce with foreign nations," those powers over time have increasingly come under executive purview.

"The history of American trade legislation is rich with examples of Congress delegating authority to the president to negotiate with foreign countries," Sharyn O'Halloran writes in her book Politics, Process and American Trade Policy.

Indeed, presidents often shape trade policies without Congressional approval. While new trade deals do require approval, a president is free to modify and even undo existing trade deals at will — a distinction that some economists worry would make it easy for Trump to make good on his promises to scrap existing trade agreements.

Trump has said "we're going to stand up to China," and has suggested introducing high tariffs on imported Chinese goods. That could start a trade war if China were to take retaliatory action — like hiking up tariffs on U.S. products.

A major consequence of a trade war would be higher prices for American consumers.

The death of Justice Antonin Scalia in February leaves an empty seat in Supreme Court. This means the next president will be tasked with finding his replacement.

Presidents tend to select justices who are ideologically aligned with them, and the choice of replacement could have ramifications for major issues in the U.S., including same-sex marriage and healthcare.

Former U.S. attorney general Eric Holder reminded the world of the stakes in a tweet during the second presidential debate.

Now it is true that Supreme Court justices must be approved by the Senate — and the same is true for Cabinet secretaries.

But — unlike with Supreme Court nominees — it's rare for a presidential Cabinet nominee to be rejected. And, while Cabinet members can influence policy, ultimately they must follow directives from the president.

In addition to the secretaries of the Treasury, Commerce, and Labor, the president is also tasked with naming appointments to the Federal Reserve System, the Securities and Exchange Commission, and the Consumer Financial Protection Bureau.

And that doesn't even include the hundreds of presidentially-appointed positions that do not require Senate confirmation.

That's a lot to consider ahead of the election on Nov. 8.