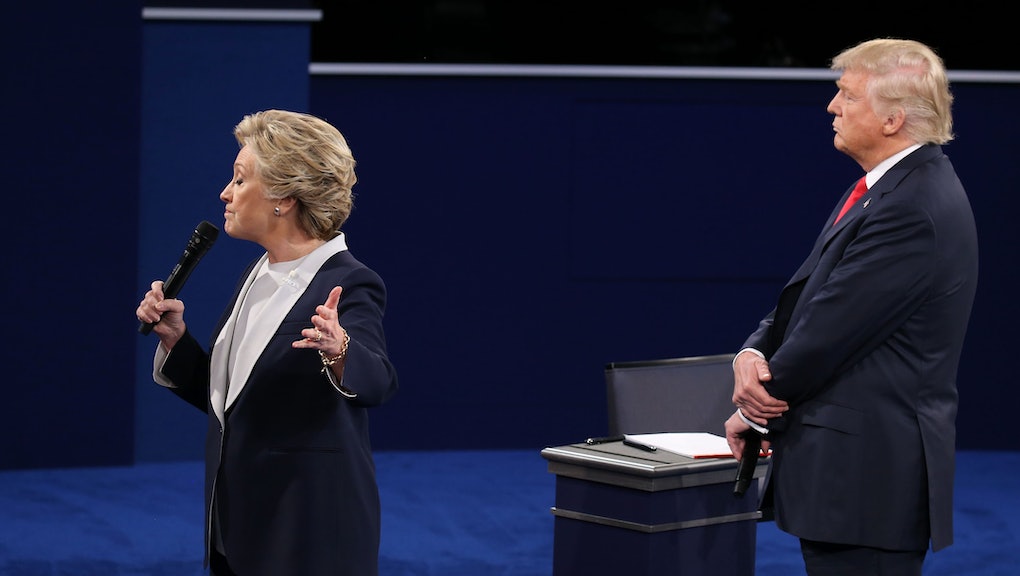 The 2016 election marks a rare presidential contest where both candidates came from the same state. Donald Trump was born in New York City and built his real estate empire there. Hillary Clinton moved to a small town north of New York City to run for the U.S. Senate in 2000, a seat she held until 2009.

Though Trump is the lifelong New Yorker and Clinton is the transplant, New York's traditionally blue voters are likely to stick with Clinton.

The RealClearPolitics average of polls gives Clinton a 20 percentage point lead over Trump in the state, which he has occasionally asserted he could make competitive in the general election.

New York has only been polled sparingly — the last poll was conducted more than two weeks ago. That may be because Democrats have won the state by large margins for a generation.

In 2012, Barack Obama won New York by nearly 30 points. The state's 29 electoral votes are critical to any Democratic presidential candidate's path to victory.

What are Hillary Clinton's chances in New York?

The state is all but in the bag; Nate Silver's FiveThirtyEight gives her a 99.7% chance of winning the Empire State.