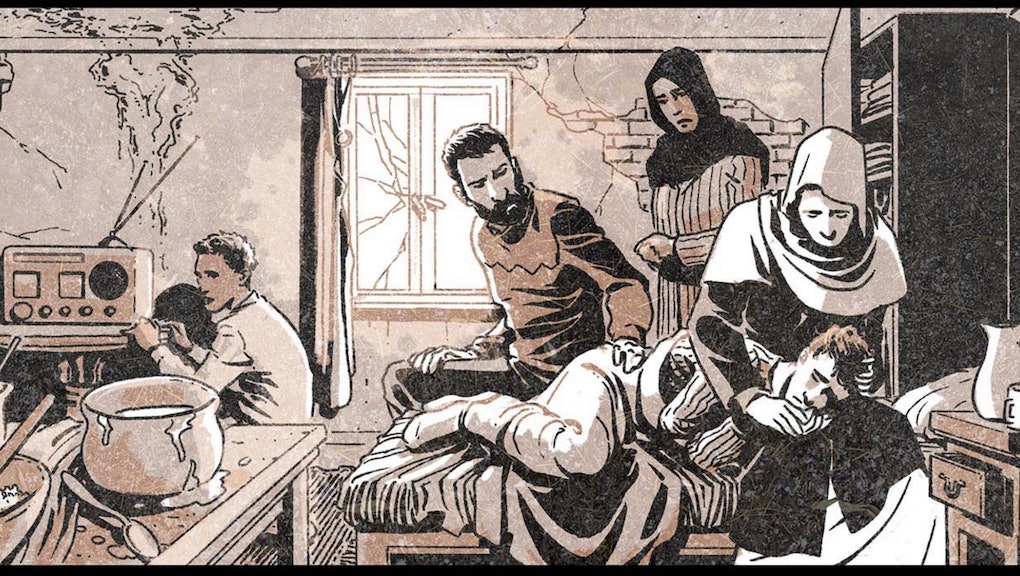 Marvel and ABC News collaborated on ‘Madaya Mom,’ a comic about a Syrian mother and hero

Marvel has no shortage of superheroes under its creative branch, but perhaps none are more heroic, or relevant, than Madaya Mom. The new comic book series comes from a collaboration between Marvel and ABC News (both owned by Disney), detailing the real-life accounts of a mother living in the war-torn Syrian city of Madaya.

The comic is based on a series of blog posts from the mother — who, for safety reasons, has chosen to remain anonymous — published on ABC beginning in January with "Syria Starving: A Family's Fight for Survival." The Madaya Mom comic takes into account some of her real-life exchanges with ABC's journalists; she would text them updates about her and her family's situation.

"Today, our one meal was rice and bean soup ... our bodies are no longer used to eating," the mother starts one exchange with ABC. This, in turn, became the opening line for the comic book.

The mainstream media has given less coverage to Syrian cities like Madaya unless they've been beset by headline-grabbing tragedy. So the comic offers a new way to provide context to what daily life is like in the besieged region through the mother's perspective. It's the clear intent from ABC, as they have also provided a teacher's guide with the comic.

Madaya Mom is available to read and download for free here.